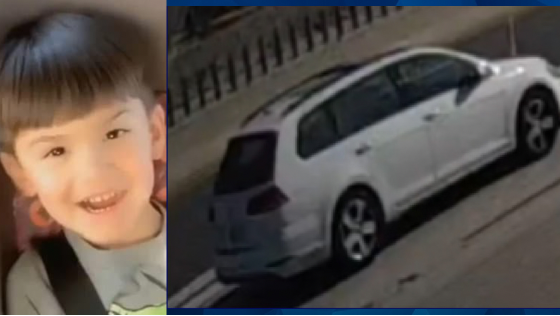 ‘You killed a little boy. A little boy who today should be in kindergarten.’

California officials announced Sunday night that a $400,000 reward was available for information leading to the arrest of the suspects involved in a highway shooting that left a 6-year-old boy dead.

As CrimeOnline previously reported, 6-year-old Aiden Leos was sitting in a booster seat in the back of the family’s car on May 21, en route to school at Calvary Chapel Yorba Linda, when a driver cut off Leos’ mother in the carpool lane. That prompted the mother to give the other driver the finger.

Then, as the mother merged into another lane, a passenger believed to have been in the other vehicle fired a gun, striking Aiden. He was pronounced dead a short time later at Children’s Hospital Orange County.

.@OCDAToddSpitzer message to 6 year old Aiden Leos’ killer: “the longer this goes on… the less sympathy I’ll have. You killed a 6 year old boy for God’s sake. Come forward. Turn yourself in.”
Share with your friends across SoCal
1-800-Tell-CHP
Reward is $400,000

Since the shooting, police released a photo of the suspect vehicle, a white 2018 or 2019 Volkswagen Golf SportWagen with untinted windows. Orange County District Attorney Todd Spitzer said last week that a woman was driving the vehicle and a male passenger pulled the trigger, the OC Register reported.

“You killed a little boy. A little boy who today should be in kindergarten,” Spitzer said at a news conference last Thursday. “You’re going through immense guilt and consternation about what you did, and you don’t know what to do about it.”

“To the woman driver, I would say: ‘You need to turn yourself in. You’re an accomplice,’“ he added.

Spitzer and Orange County Supervisor Don Wagner both tweeted out the rising reward number. The reward includes $100,000 from the county board of supervisors, $50,000 pooled by Aiden’s family through crowd-funding efforts, and $60,000 from anonymous sources.