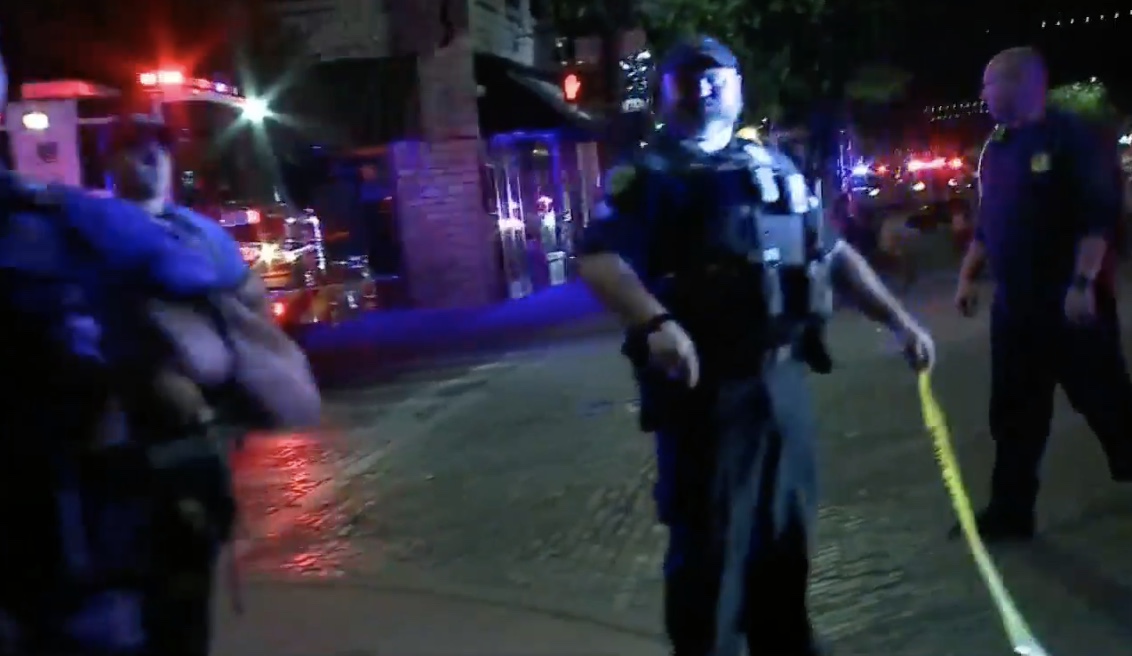 One man has been arrested in connection with a shooting in downtown Austin, Texas, early Saturday morning that left 14 people wounded.

Shortly before the Austin American Statesman reported the arrest, Interim Police Chief Joe Chacon said that investigators were looking for two suspects in the gunfire that erupted in Austin’s Sixth Street entertainment district, calling it an “isolated incident between two parties.”

NEW: This is video of the aftermath of the downtown Austin shooting showing officers performing first aid on the wounded.

Chacon said officers were “actively working to get them into custody” and said he believed that would happen in short order.

As CrimeOnline previously reported, 911 calls began coming in at 1:24 a.m. reporting shots fired in a downtown area with numerous bars and big crowds. Chacon said earlier there were 13 wounded, but Saturday afternoon he said that detectives had learned about a 14th person who “self-transported for medical care.”

That person, along with 11 other victims, was in stable condition, he said. Two victims were in critical condition. Other victims may also have taken themselves to for treatment are are as yet unknown to police.

Chacon also said that detectives believe most of the victims were innocent bystanders to the conflict between the two suspects, but that would not be known for certain until later in the investigation.

There have been no reported fatalities, Chacon said, attributing that to “our officers’ quick actions.”

Officials told the Statesman that the arrest was made by Austin police and the Lone Star Fugitive Task Force.

Thousands of people were in the area when the shots rang out, a crowd that Chacon said was near “pre-pandemic levels.” The crowd was bolster by the Republic of Texas biker rally this weekend, but the chief said investigations don’t believe the shooting was “in any way connected” with the rally.

Investigators are looking at city surveillance footage as well as business security video as they sort out what happened. Chacon asked that anyone with personal footage from the incident provide detectives with that as well.

The shooting was the second major gun violence incident in Austin during Chacon’s three months as interim police chief. The other took place near the Arboretum and saw three people shot. It was initially reported as an “active shooter,” but detectives later determined it was a domestic shooting. They arrested a suspect, former Travis County Sheriff’s Deputy Stephen Broderick, the next day.