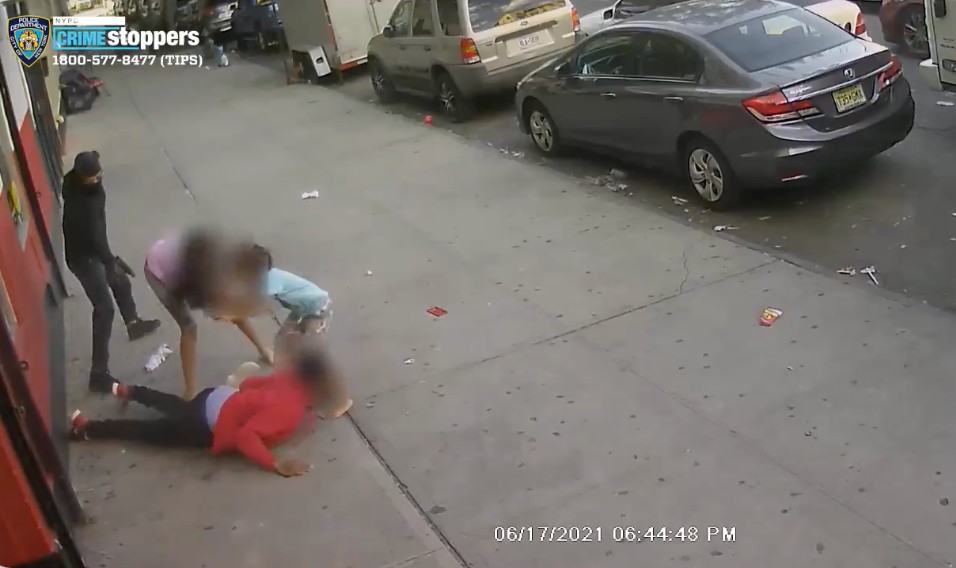 WPIX obtained video from the NYPD showing a suspect firing at an unidentified man on a Bronx sidewalk Thursday. Two children, who reportedly are no relation to the victim or the suspect, were also walking on the sidewalk at the time. The video shows the victim holding onto or pulling the children, who fall down on the sidewalk as the shooter aims and fires at the man just next to them.

According to the report, the children are a 10-year-old girl and a 5-year-old boy. They managed to escape injury despite being almost directly in the line of fire. The video shows the girl putting her arms around the boy in protection.

The victim survived the shooting, and is reportedly in stable condition.

The suspect reportedly fled the scene on the back of a scooter driven by another person. The driver of the scooter is described as a male wearing a red long-sleeved shirt, dark-colored shorts, and a white baseball cap.

Police are hoping that the release of the video will help lead them to the suspect. Anyone with information or who recognizes the man is urged to contact NYPD’s Crime Stoppers at 1-800-577-TIPS (8477), crimestoppers.nypdonline.org, or via text at 274637 (CRIMES), then entering TIP577. Spanish speakers should call 1-888-57-PISTA (74782).