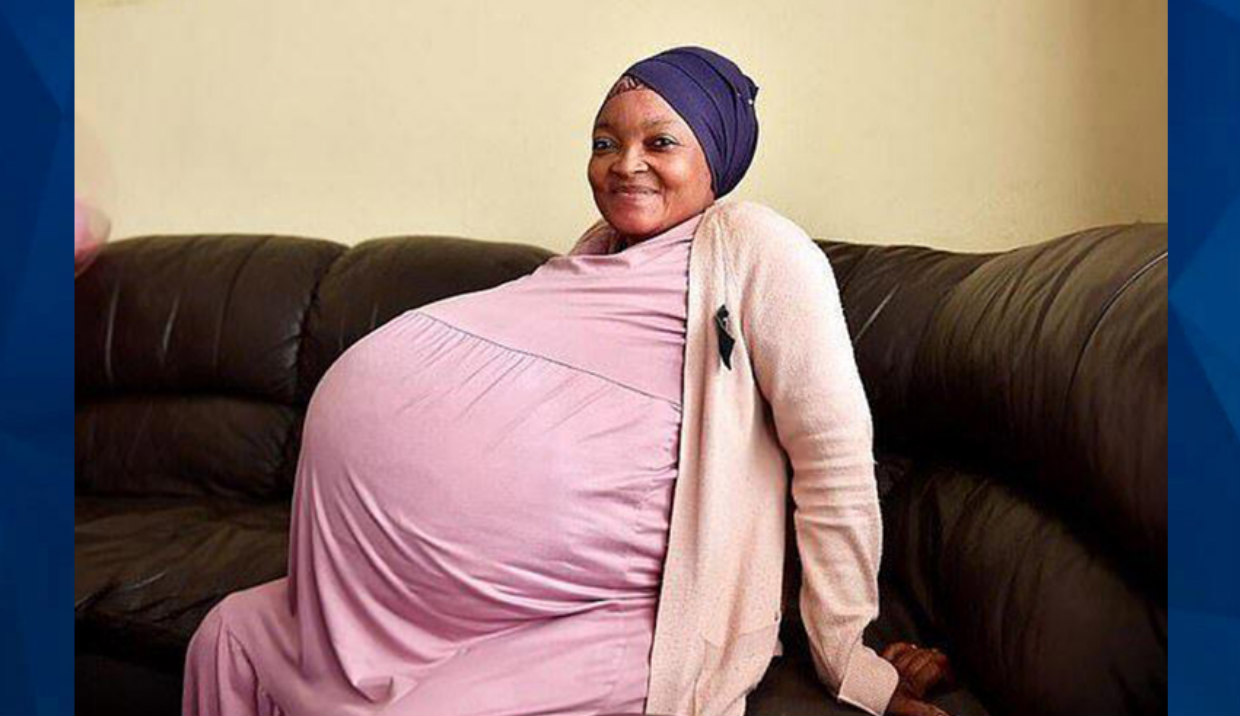 GoFundMe halted after ‘mom’ pregnant with 10 kids gets sent for mental evaluation when babies never show up: Reports

A South African woman who claimed she gave birth to 10 babies was taken to a psychiatric hospital last week after no one could verify that the babies actually exist.

The South African government reported that the hospital that Gosiame Sithole, 37, claimed to have given birth at says that they never treated her. Prior to her pregnancy, the family started a GoFundMe campaign to raise money to help with expenses, but Sithole’s partner, Tebogo Tsotetsi, requested that people stop donating and after Sithole allegedly refused to let him see the children.

Later, Tsotesti’s family reported Sithole missing after no one heard from her for days after she supposedly gave birth to seven boys and three girls. DailyMail reports that police found Sithole at a relative’s house and took her to social workers for an interview. The social workers ultimately checked her into the Tembisa Hospital’s psychiatric ward for a mental health evaluation.

Police emphasized that at this time, Sithole has not been charged with a crime. The Gauteng government tweeted, however, that they could not find any hospital at all to verify that Sithole gave birth there.

“None of the hospitals in the province, public and private, have any record of such a delivery in their facilities,” a statement from the government read.

Sithole previously reported to family and friends that she beat the Guinness World Records list after delivering all 10 children at the same time, Gulf Today reports.

While at Tembisa Hospital, Sithole reportedly refused to be seen by a psychiatrist and instead, demanded that her own chosen private psychiatrists speak with her.

“She declined that she should be taken to Tembisa Hospital for a psychiatric evaluation because she felt strongly that she is of sound mind,” Sithole’s lawyer, Refiloe Mokoena, said. “When I left Tembisa Hospital, she made it clear that seeing that she is now being held against her will, I should please move an urgent court order for her to be released.”

Sithole is now apparently blaming Tsotetsi for exploiting her pregnancy in an attempt to become rich. She also claimed his family is trying to “ruin something” for her babies after hounding her after she gave birth.

“They are unfair because they are doing things and they are trying to hurt me. But I speak to Tsotetsi now and then. I feel that they [the family] never loved me; I was just forced to be with him.” Sithole said in a statement.

Gosiamo #Sithole responds to the Tsotetsi family statement. She denies she's missing, and that did not deliver the babies. She says the was released after the Tsotetsis met some politicians. Says they are angry because they wanted to benefit financially from the public donations. pic.twitter.com/YCNs14ezYC

“What they are doing shows me that they wanted to ruin something with my babies. That is why they are crying so much for them. The children are mine and no-one else’s. Why are they after me?

“They were looking at donations coming from people and being millionaires with my children. They were expecting to be rich; that’s what they were expecting. That is why I have them where they are. No-one is going to force me to take my children … I will do it on my own time.”

On June 14, Tsotetsi asked the public to stop making donations after he still hadn’t seen the babies.

“I appreciate the financial support that we have been getting from members of the public, but I also would like to appeal to the public to stop making money deposits into our accounts until members of the community have seen the babies,” Tsotetsi said in a WhatsApp message, according to IOL News.

“I confirm that since she informed me that she delivered 10 babies at the Medforum Hospital, I made several attempts to pay them a visit at the hospital to no avail. I reiterate that she told me that no visitors are allowed.”

Sithole reportedly said she plans to continue to keep her babies in a secret location until she feels they are no longer in danger. Meanwhile, Sithole’s family members insisted that the babies were indeed born and are now in incubators because of their size and sage. Sithole allegedly gave birth at 29 weeks gestation.