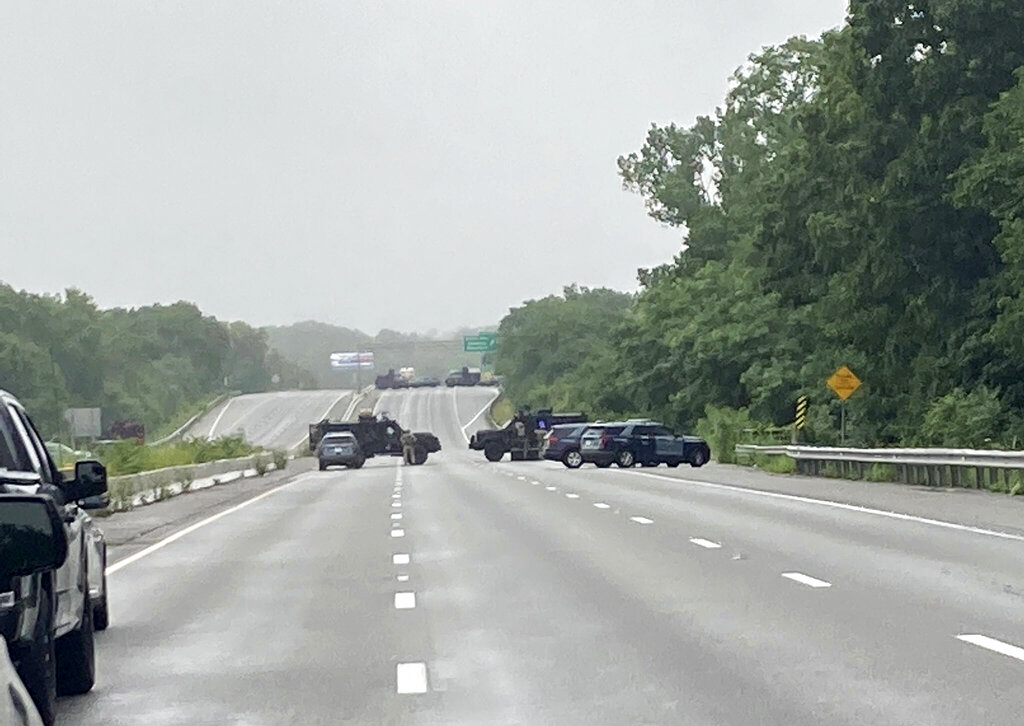 Heavily armed men who reportedly refuse to recognize the government’s authority were in a stand-off with police Saturday morning in Massachusetts. WCVB-TV now reports that 11 people have been taken into custody.

Around 1:30 a.m., a state trooper encountered a group of approximately 8 to 10 people in the breakdown lane of I-95 in Wakefield, a Boston suburb.

The individuals were wearing military-like clothing, tactical gear such as body cameras and helmets and had long guns over their shoulders.

The men reportedly told the trooper they were en route to Maine from Rhode Island for a training exercise, and they refused to comply with orders or put down their weapons.

Officers initially arrested two people, but others in the group fled into a wooded area nearby, which police have then surrounded. Authorities  closed part of I-95 and have asked area residents to lock their doors and shelter in place. The latest reports do not indicate whether the shelter in place order has been lifted following the arrest.

“Approximately 8 males fled into the woods carrying rifles and handguns and appear to be contained in the wooded area adjacent to the highway. No threats were made, but these men should be considered armed and dangerous,” the Wakefield Police Department said in a written statement Saturday morning.

No gunshots or injuries have been reported. A member of the group has reportedly shared multiple videos indicating that the group did not intend to cause harm to police officers or the general public.

Stream posted two hours ago on YouTube apparently by one of the armed men in Wakefield, MA involved in a standoff with police. Police say the men claim to be "from a group that does not recognize our laws." https://t.co/Mp2k0YVfcH

Authorities also statement a commitment to a nonviolent resolution.

The members reportedly told police they are part of the group “Moorish American Arms” and that they do “not recognize our laws,” according to KTRK-TV.The Southern Poverty Law Center describes the sovereign citizen group as a “collection of independent organizations and lone individuals” that “espouse an interpretation of sovereign doctrine that African Americans constitute an elite class within American society with special rights and privileges that convey on them a sovereign immunity placing them beyond federal and state authority.”

[Feature image: This photo provided by Massachusetts State Police shows police blocking off a section of Interstate 95 near Wakefield, Mass., on Saturday, July 3, 2021. Police say a group of heavily-armed men refuse to comply with law enforcement officers following a traffic stop. Police say the men headed into a wooded area and two suspects were arrested a short time later. Officials were still trying to capture the others in the group ( Massachusetts State Police via AP)]