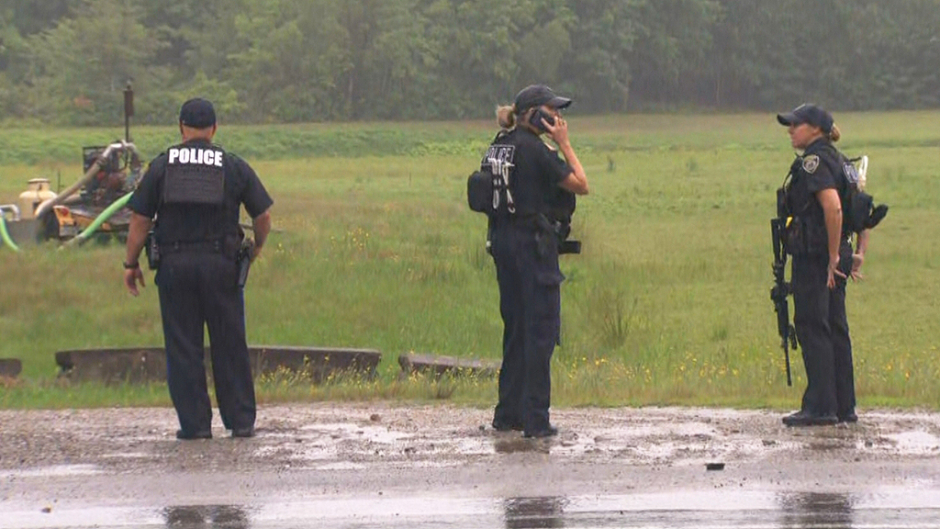 Massachusetts police have arrested a man who allegedly fired shots in a transportation facility on Friday before fleeing into the woods.

The Middleborough Police Department said in a statement that the unidentified suspect fired four to five shots inside a Massachusetts Department of Transportation public works depot. No injures were reported.

WBZ-TV reported that the suspect was arrested, but additional details regarding his capture have not been provided.

Troopers are assisting @MiddleboroughPD in search for a suspect in reported shots fired incident in the area of Rt 28 and Evergreen Drive. No further updates at this time.

Before his arrest, police said the suspect — who was wearing fatigues — fled on foot into a wooded area near Route 28, according to WCVB. Sources told WBZ-TV that the shooter was seen wielding a silver handgun.

Police had instructed residents to shelter in place as they searched for the armed suspect.