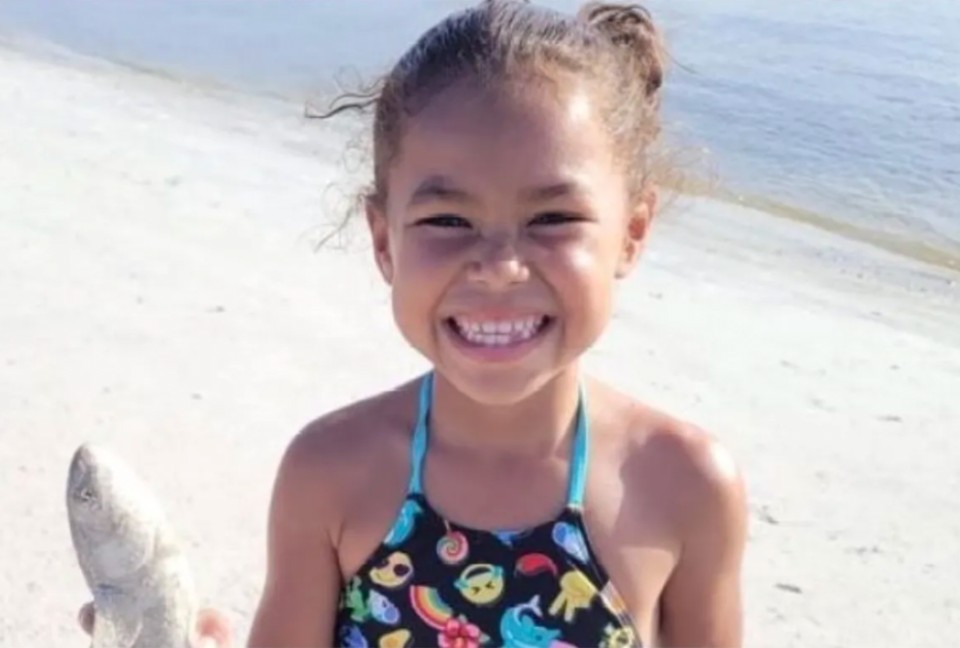 “She was asking for help. she was coughing blood on the floor,” Zaydaniely’s father said.

A 7-year-old girl died this weekend after a man visiting her neighbor allegedly fired a shot that traveled to her neighboring apartment unit.

Zaydanielys Rodriguez Irizarry was in her bed at her Heber City, Utah, home, presumably asleep, when a bullet pierced her bedroom wall on Friday night, Deseret News reports.

Three men have been arrested in connection to the fatal shooting, which appears to have resulted from an alcohol-fueled gathering at the home of Zaydanielys’ neighbor, Trever Joe Pinter, who is one of the three men facing charges. Colin David Howells, 36, and 34-year-old Christopher Robert O’Connell were also arrested, and investigators appear to believe O’Connell drunkenly fired the shot that killed the 7-year-old girl.

Two women were also present at Pinter’s home on Friday night, but neither have been charged. The woman reportedly said that both Howells and O’Connell sexually assaulted them.

“The women … stated they observed Christopher [O’Connell] pull a firearm out and wave it around while intoxicated, they asked him to put it away,” states an affidavit obtained by Deseret News.

One of the women reportedly said O’Connell was “incredibly intoxicated.”

Zaydanielys’ father Daniel Rodriguez told KSL that his 6-year-old son called him on video chat while Rodriguez was at work Friday night. The boy said he heard a loud noise and said his sister was crying.

“She was asking for help, she was coughing blood on the floor,” said Rodriguez. “I told my boss I needed to leave because my daughter was bleeding from her mouth. That’s all I knew.”

Rodriguez reportedly rushed home and took his daughter to the hospital himself, calling 911 on the way. He told KSL that he did not realize until after he arrived at the hospital that Zaydanielys had been shot. Instead, he initially believed she may have fallen.

It is not clear from the KSL report that any adults were in the home at the time the girl was shot. Rodriguez told KSL he had moved to Utah with his family less than a year ago, excited about the opportunity.

“I liked it so much — good job opportunities, schools for my kids. I wanted them to learn English,” Rodriguez said.

According to Deseret News, O’Connell is facing numerous charges, including felony murder; illegal discharge of a firearm; possession of a firearm by a restricted person and drug distribution; and sexual battery.

Zaydanielys’ father has organized a GoFundMe campaign with the aim of laying her to rest in Puerto Rico.