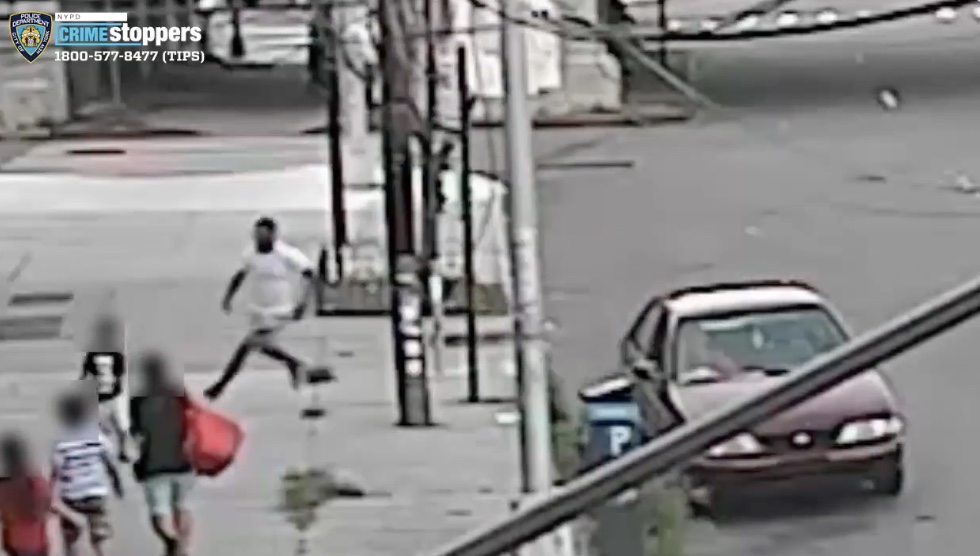 SEE IT: Queens Mom Drags 5-Year-Old Son Out of the Clutches of Would-Be Kidnappers

A Queens mother saved her 5-year-old son from a kidnapping on Thursday, pulling the boy through a car window and out of the hands of two men who tried to snatch him.

Surveillance video shows Dolores Diaz Lopez walking along Hillside Avenue in Richmond Hill at about 8 p.m., on their way to visit her husband at work, ABC 7 reported.

Three children were with her, as 5-year-old Jacob ran just a little ahead of the rest of his family. A man gets out of a car stopped by the sidewalk and runs around behind it, grabbing Jacob up just as the boy turns around toward his mother.

🚨ADDITIONAL IMAGES: Have information? Please call us @ 800-577-TIPS, it is ANONYMOUS. We offer cash rewards of up to $3,500. pic.twitter.com/RBIV4cBBys

Diaz Lopez and the other two children ran after the man as he ran back to the driver’s side, throws the boy into the backseat, and jumps back into the driver’s seat. One of the other children leans into the front passenger window and pulls Jacob across another man who can been seen sitting in the passenger seat. Diaz Lopez pulls him the rest of the way out of the car, which speeds off as a witness slaps the hood.

The mother told ABC 7 that Jacob initially sat down in the backseat, unsure what was going on. As she pleaded with the would-be kidnappers to give her son back, he stood up and aided in his own rescue. Diaz Lopez said she’d never seen the two men before.

“You have to do what’s necessary, no matter what,” she said. “The car was just parked there. I would never have imagined that a man would get out of the car and grab my son. You always have to be aware of your surroundings and not be on your phone.”

New York Police released the surveillance footage of the attempted rescue as well as clearer images of the two men walking down the street.

Diaz Lopez said all three of her children were traumatized after the incident and reluctant to leave the house.