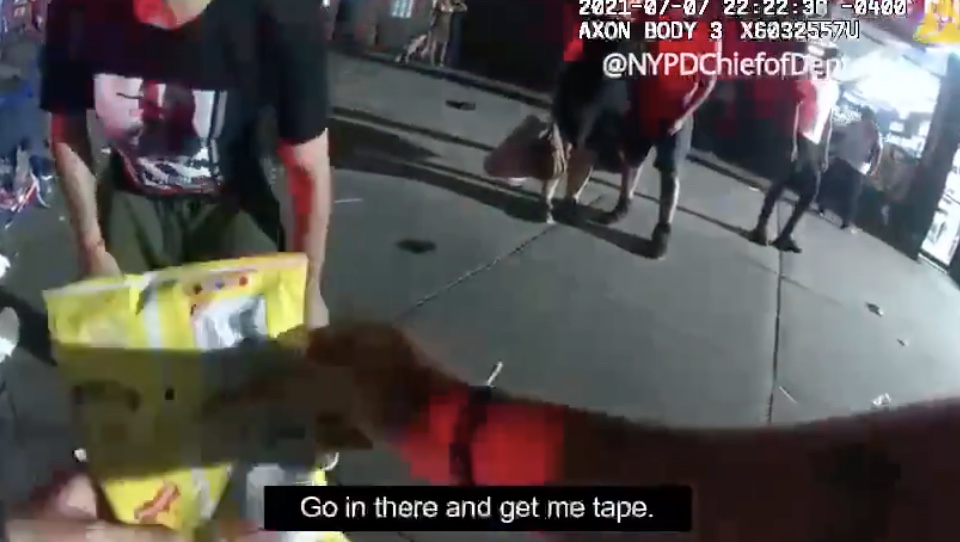 A New York City cop has been credited with saving a life by using an empty potato chip bag and tape to bandage a stabbing victim’s wounds.

“According to the attending physician at Harlem Hospital, the actions of the officer saved the victim’s life,” text on the video says.

Kennedy responded to the incident on July 7. The video shows the officer rushing to the wounded man, who has a large amount of blood on his chest.

“Go get me a bag of potato chips right now,” Kennedy shouts as the victim tells him, “He caught me in my lung.”

Once he has the chips in hand, he rips it open and dumps out the chips, calling for someone to go get him some tape.

With help from bystanders, Kennedy put the victim on the ground and bandaged the wound with the empty chip bag, securing it with tape. Emergency responders arrived moments later and replaced his makeshift bandage before taking him to a hospital.