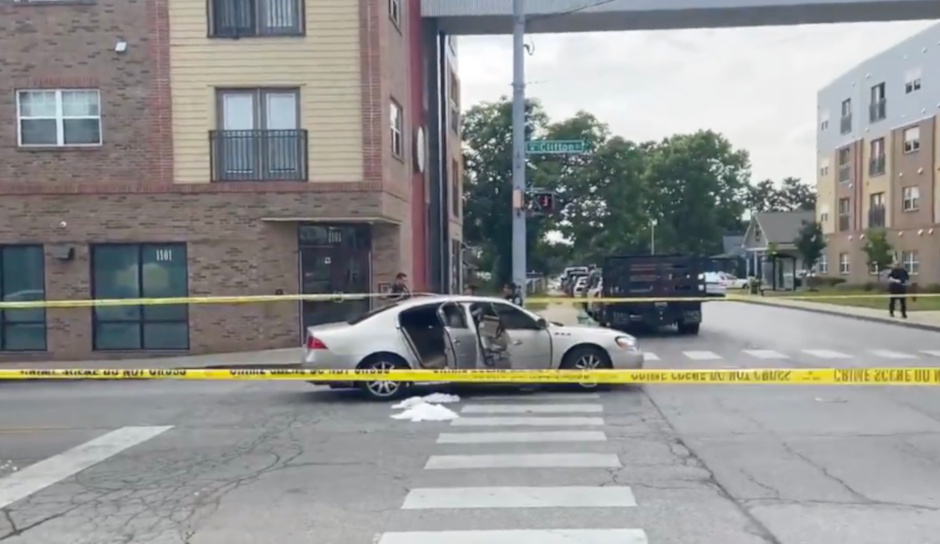 Five people, including a 16-year-old girl and a 4-year-old girl, were shot outside a funeral home in Indianapolis Saturday afternoon.

Police said the 4-year-old is in critical condition at Riley Hospital for Children, WISH reported.

The teen was said to be in stable condition at Eskenazi Hospital, and one of the men was stable at Indiana University Health Methodist Hospital. Two more men transported themselves to hospitals and were also in stable condition, according to the Indianapolis Star.

BREAKING: Large IMPD presence on Clifton and 30th St. PIO is on the way and we’ll have more information to pass along then. @CBS4Indy @FOX59 pic.twitter.com/m1uaeYFKZi

According to early reports, the incident happened at about 4:30 p.m. as people were arriving for a funeral at Sprowl Funeral Home, the Indianapolis Star reported. A man got out of his vehicle and walked up to another vehicle in the parking lot and began a verbal altercation, according to police. Moments later, gunfire began. The man who had gotten out of his vehicle left the scene before police arrived.

Indianapolis Police Public Information Officer Genae Cook told reporters the shooting was not believed to be random, according to WISH. Fox 59 reported that the person who was being memorialized at Saturday’s service was not connected with any violent crimes.