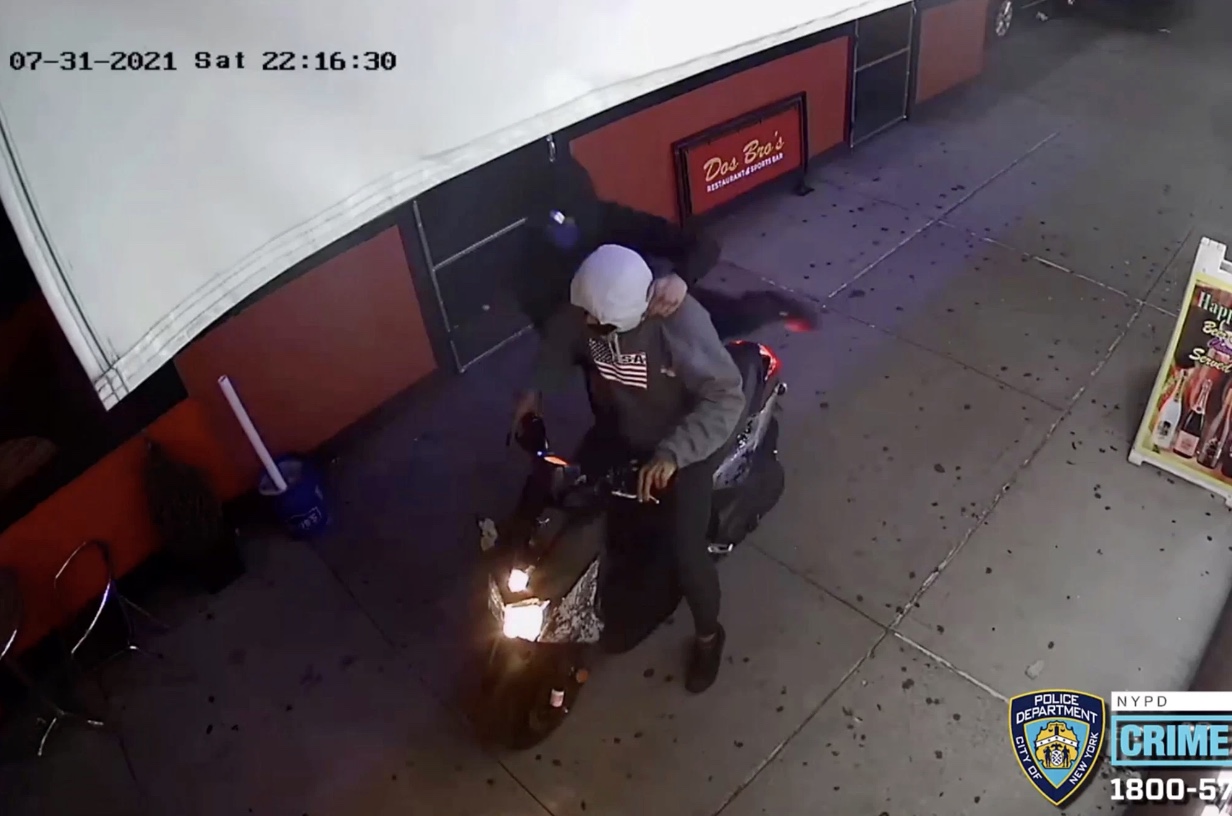 A brazen gang shooting wounded 10 people Saturday night in Queens as a pair of gunmen opened fire in front of a Mexican restaurant and then fled on mopeds driven by accomplices.

The New York Police Department released video footage of the attack, that took place at about 10:30 p.m.

Seven of the victims were unintended targets, Chief of Detectives James Essig said at a Sunday morning news conference, and three were members of the Latino street gang Trinitario, the New York Post reported.

“After they fire at least 37 times that we know of, they calmly get on the back of the scooters and take off. Very brazen, to say the least,” Essig said.

Last night in the @nypd115pct on 99 St and 37 Ave in #Queens these individuals fired multiple rounds into a crowd hitting multiple people. If you have any information DM @nypdtips or ☎️ 800-577-TIPS @NYPDShea @NYPDnews @NYPDChiefOfDept @NYPDChiefPatrol pic.twitter.com/64IijkrZ37

“Two guys just stick their arms out and walk down a very crowded street at 10:30 at night, where there’s parties going on, restaurants … crowded streets.”

Essig said police don’t yet know the identities of the masked gunmen or their getaway drivers.

As seen in the video, the two gunmen round a corner and pull out guns from their waistbands as the moped drivers pull up to the intersection across the street. As the gunmen begin running and firing, the moped drivers follow on the sidewalk.

In a second clip, one of the gunmen is seen getting on the back of a moped that then drives away.

Police said eight of the victims were men and two were women. All expected to survive.