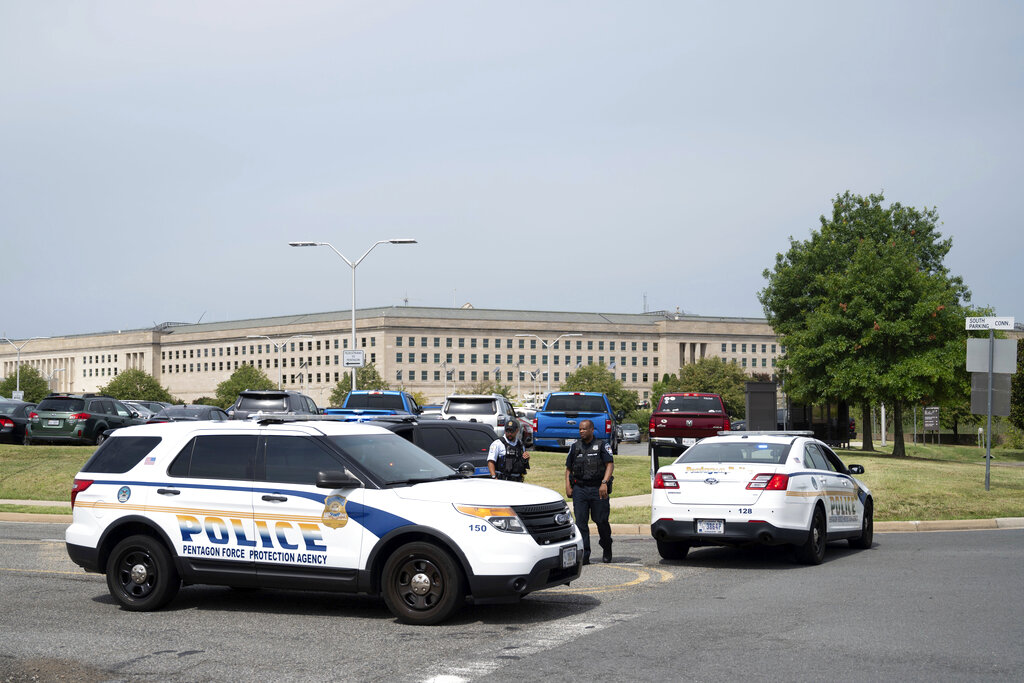 A police officer was fatally stabbed and a suspect shot during a violent incident on the Metro Bus platform Tuesday.

The Associated Press reports that a police officer died after they were stabbed at or near the transit station used by Pentagon staffers.

A suspect was fatally shot by police. Authorities have not yet confirmed that the suspect who was killed is the same person who stabbed the police officer, who has not yet been identified.

The story is developing.

The Pentagon is on lockdown amid reports of a shooting at a nearby bus station.

According to CNN, a “shooting event” has been reported at a Metro Bus platform outside the government building. The transit station is reportedly used by Pentagon employees.

“Right now, we’ve just confirmed that the Pentagon is on lockdown. There is an incident at the Pentagon transit center,” Pentagon Force Protection Agency spokesman Chris Layman told CNN.

The scene reportedly remains active and authorities are cautioning people to avoid the area.