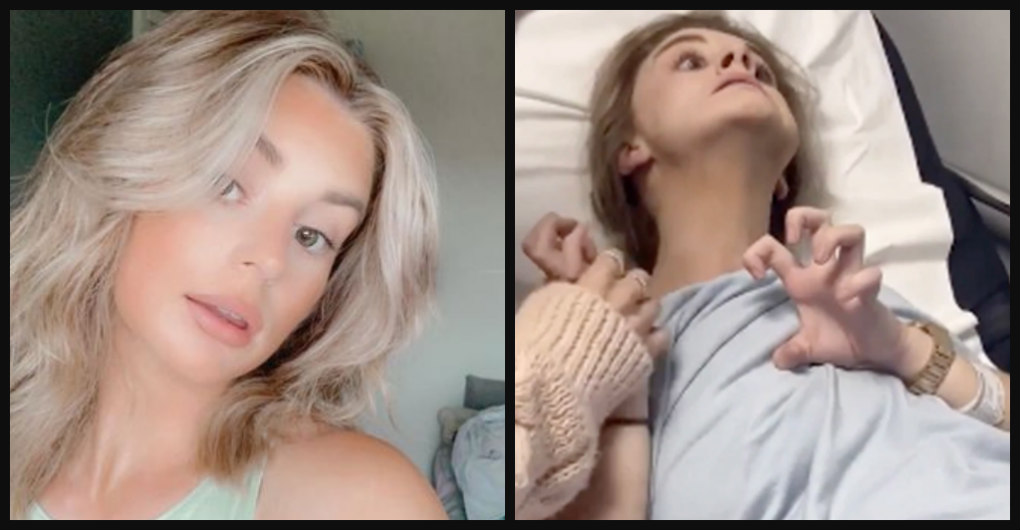 SEE IT: Spiked Drink from Stranger Leaves Teen Girl Unable to Walk or Talk, Her Hands Contorted ‘Like Claws’

The mother of a young woman is sharing photos and videos after her daughter was left unable to move after a man offered her a drink at a club.

According to the Mirror, 18-year-old Millie Taplin, of Southend-on-Sea, Essex (in England) went into what appeared to be a frozen state for several hours after a stranger offered her a drink during her first night out at the club as an adult.

Taplin’s older sister and friends spotted the victim’s reaction and rushed her to a nearby hospital. Taplin’s mother, Claire, took photos and videos of her daughter in a hospital bed; Taplin was described as looking “possessed” after she accepted the stranger’s drink.

“I knew everything going on,” Taplin said. “I could reply to people in my head but I couldn’t get it out…It was really scary. In my head I was there but in my body I wasn’t. I’ve never felt like that.”

Claire ultimately posted the photos and videos of her daughter to social media, in hopes of warning others what can happen by accepting a drink from a stranger.

“As disturbing as it is, if that saves one girl, just one, then it’s worth sharing. Nothing can prepare you to see that,” Claire told the Mirror. “It’s just absolutely horrendous. She looked possessed. She was completely frozen, her hands were like claws.”

Taplin was released from the hospital Sunday morning. Her mother said it took around four hours for the effects to wear off.

A mum is warning parents and nightclub goers after her daughter was allegedly “spiked” in a Southend venue, causing her to be rushed to hospital in this shocking state.

The incident happened while Taplin was out at the Moo Moo nightclub in Southend to have some drinks as a legal adult. In England, alcohol is legal for those 18 and older. Taplin said a man with a group of friends offered her a lemonade and vodka drink and told her to “try this.”

“I had a couple of sips of the drink and went to the smoking area. I came back and felt like I’d drunk too much, and then I went outside to be sick.”

The family reported the incident to the Essex Police and the nightclub. So far, there has been no word of a suspect identified.

Meanwhile, the club’s manager reportedly offered Taplin extra protection, should she decide to return to the club.