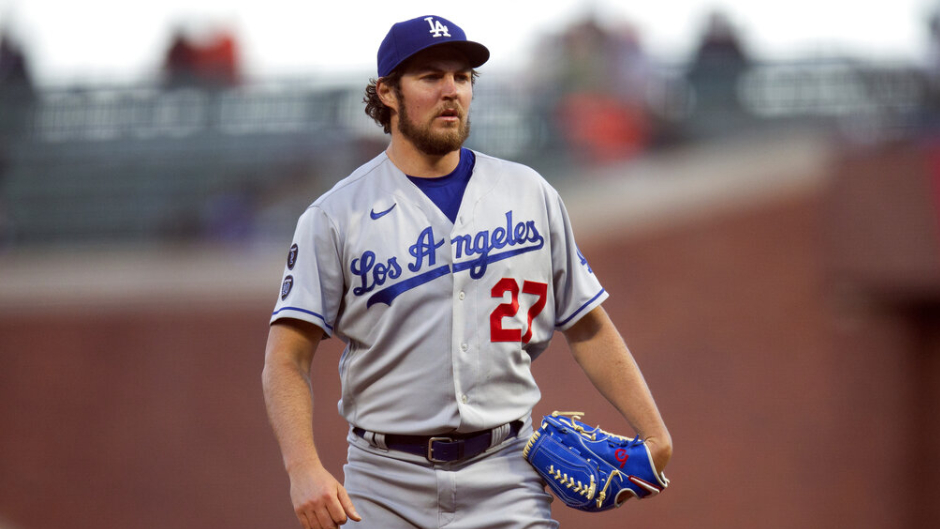 ‘No One Can Consent to This’: Trevor Bauer Rape Accuser Releases Pics of Injuries Allegedly Caused by Dodgers Pitcher

The accuser’s lawyer, Bryan Freedman, provided an uncensored picture of Bauer’s rape accuser to TMZ on Thursday, telling the tabloid that the injuries shown in the images prove his client did not give consent. The pictures were released a day after Bauer’s legal team filed text messages, allegedly between the accuser and her cousin, that they say prove at least one of the encounters was consensual.

According to the Los Angeles Times, the text messages include a conversation the accuser had with her cousin after the April encounter. The woman reportedly said she enjoyed being with Bauer, 30, and expressed interest in seeing him again.

The woman who says Dodgers pitcher Trevor Bauer punched and choked her during sex released an “unredacted” photo showing her alleged injuries.

“Look at this picture. No one — absolutely no one — can consent to this, logically or legally.”https://t.co/isoT4GeBQy

In the messages, the woman allegedly discussed the injuries caused by the Dodgers pitcher. A text message sent in May included pictures of her injuries, according to the Times.

“It was consensual, but I didn’t like the two black eyes ?? Look, he (definitely) took it too far. don’t you think lol,” the woman allegedly wrote.

In June, the woman formally accused Bauer of sexually assaulting her on April 21 and May 15. The victim reportedly drove from San Diego to Los Angeles to meet Bauer after the victim tagged Bauer in an Instagram post, prompting the pair to agree to meet at Bauer’s home.

According to The Athletic, the accuser alleged that they talked for a bit before having sex which she described as consensual. She claimed that at some point, Bauer asked if she has ever been choked and she said yes. Bauer allegedly then put his fingers down her throat in an aggressive manner, prompting her to tell him to stop.

“He stopped, but then without asking me or telling me in advance, he wrapped my hair around my neck and choked me. I lost consciousness,” the accuser said in the restraining order report.

On May 15, Bauer reportedly invited the woman back to his Los Angeles home, but this time the pair agreed on a safe word. However, Bauer allegedly choked the woman unconscious about five minutes into sex.

The woman said she came to and found Bauer punching her head. She also accused him of punching and scratching the right side of her head while she was passed out.

According to The Athletic, the victim said Bauer continued to punch her after she regained consciousness.

“Trevor then punched me hard with a closed fist to the left side of my jaw, the left side of my head, and both cheekbones,” she said in the restraining order report. “I could not speak or move. After punching me several times, he then flipped me back onto my stomach and began choking me with hair. I lost consciousness again.”

According to ESPN, MLB initially placed Bauer on administrative leave on July 3. His leave was extended for the fourth time on Thursday.

Bauer has not been charged with a crime. A hearing for the temporary restraining order is scheduled for August 16 to 19.