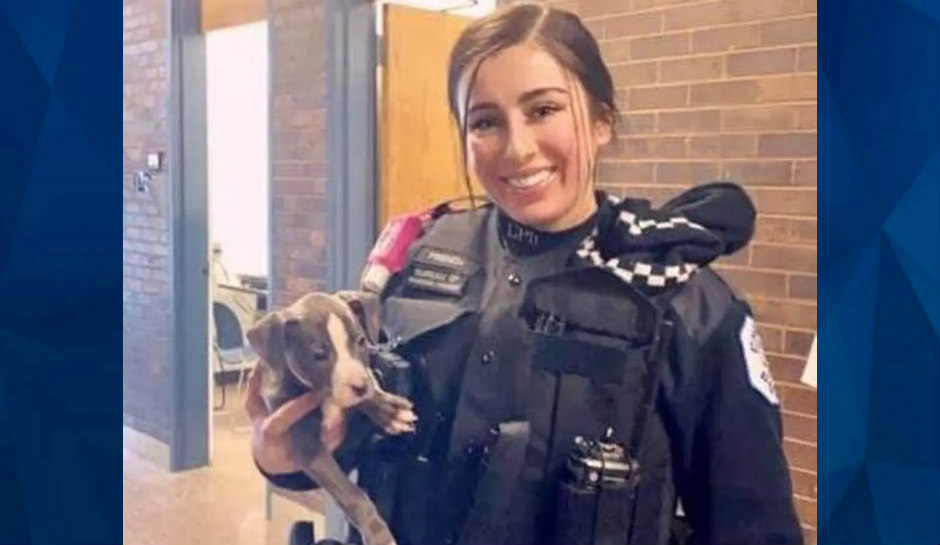 On Monday, a vigil was held for an Illinois police officer who was killed Saturday in a shooting that left her partner injured.

Brothers Emonte and Eric Morgan, 21 and 22, who are both convicted felons, are charged in connection with the traffic stop that left Chicago police officer Ella French dead. WLS reported that French’s partner was shot three times and remains hospitalized.

Chicago police said the suspects were initially pulled over for expired tags.

Eric Morgan was reportedly the driver of the SUV while his brother was in the back passenger seat. A woman, who has not been criminally charged, was in the front passenger seat. There were one or more open containers of alcohol in the vehicle and the woman was not wearing a seatbelt, according to WBBM.

Officers had both brothers get out of the car, but Eric Morgan allegedly fled on foot after Emonte Morgan refused to put down an alcoholic drink and jerked his arms away from officers. French and her partner then struggled with Emonte Morgan — who body camera footage showed had a handgun tucked in his waistband, according to WBBM.

Emonte Morgan was halfway in the front passenger side of the SUV when French’s partner ordered him to show his hands. It was then when the suspect allegedly opened fire, striking both officers.

We will continue on in your honor Officer French. pic.twitter.com/2ZYO2OJOUf

Emonte Morgan was accused of firing at a third police officer who was arresting Eric Morgan but had rushed to the scene after hearing gunfire. WBBM reported that the officer returned fire, shooting Ermonte Morgan in the abdomen.

In addition to the brothers, Jamel Danzy, 29, from Indiana, was charged with making a straw purchase for someone who is not legally allowed to possess a gun. WLS reported that the Glock 22-caliber pistol that killed French was acquired through the Indiana-to-Illinois pipeline. Research suggests that a significant number of guns used in crimes in Chicago come from straw purchases in Indiana, which has lax gun laws.

The brothers’ mother, Evalena Flores, was arrested on Tuesday when she allegedly tried to enter Emonte Morgan’s hospital room.