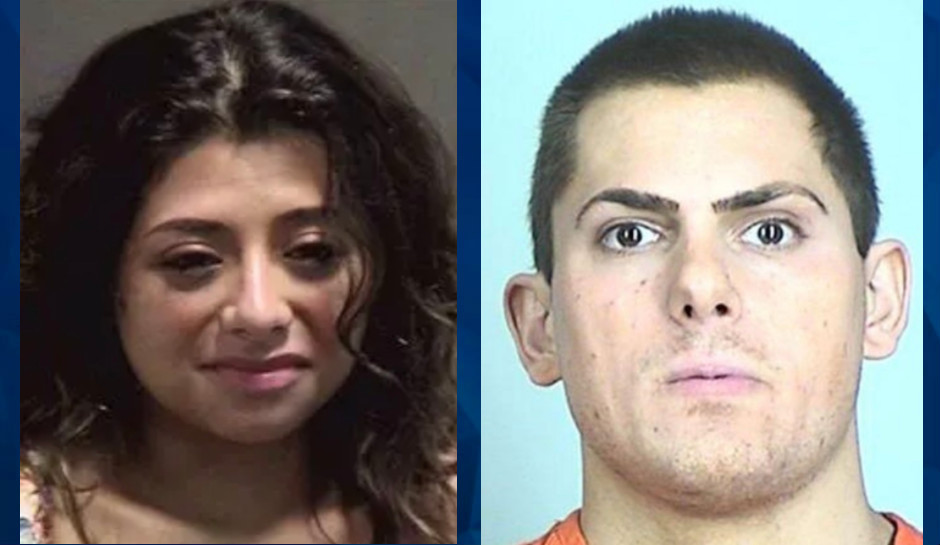 A second Republican operative has been arrested on federal sex trafficking charges, along with Minnesota strategist Anton Lazzaro.

Lazzaro and an unnamed person were indicted this week on charges of obstruction of justice, sex trafficking, and conspiracy to commit sex trafficking of underage victims, the Pioneer Press reported.

Lazzaro was arrested in Minnesota on Thursday for allegedly recruiting or trying to recruit six minor girls into a sex trafficking ring, as CrimeOnline previously reported. Records from the Okaloosa County, Florida, Sheriff’s Office show that Gisela Castro Medina, the University of St Thomas chair of Minnesota College Republicans, was also arrested Thursday, on suspicion of being a fugitive from justice relating to the sex trafficking charges, the Pioneer Press said.

Minnesota College Republicans said in a statement on Saturday that they were “disgusted” by Medina’s actions and had immediately cut ties with her.

“While Ms. Medina had recently assumed the role of Chair at the University of St. Thomas’ chapter, she was not an active member nor had she begun working in an official capacity on behalf of the Minnesota College Republicans,” the statement said. “Our prayers go out the victims of Anton Lazzaro and Gisela Medina — we believe you. We stand with you. May justice be served.”

Lazzaro recently managed the campaign of Lacy Johnson in her unsuccessful bid to unseat Democratic US Rep. Ilhan Omar. Several top Republican officials in Minnesota are now disavowing Lazzaro, a top state donor, and pledging to dismiss donations from him. Several have said they’ll hand his donations over to charities.

He is being held in the Sherburne County Jail in Minnesota, and his attorney, Zachary Newland, has said his client has been falsely accused.