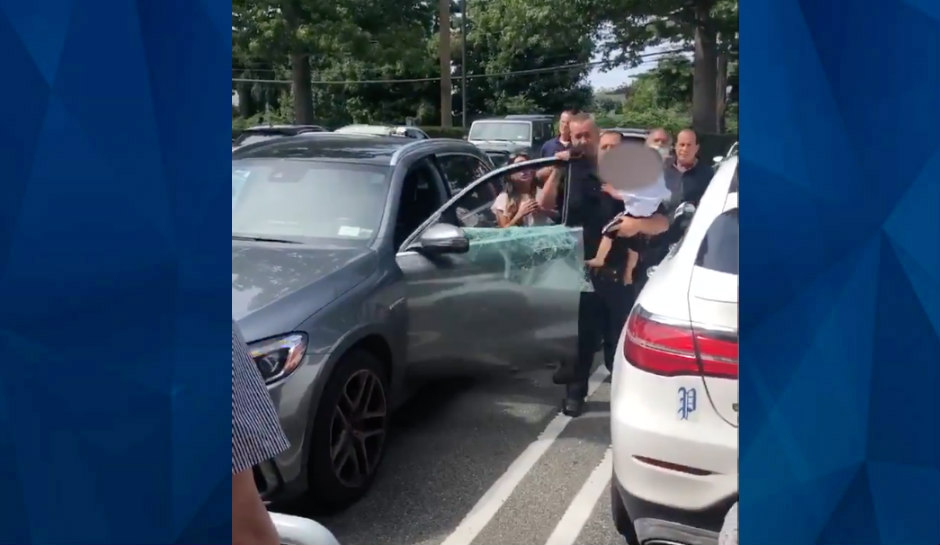 A New York couple is facing charges after they allegedly left their toddler son inside their car Wednesday.

The incident happened just before 3 p.m. in Manhasset, when temperatures hit around 80 degrees with high humidity. A passerby spotted the child alone inside a Mercedes, parked in a jewelry store parking lot off of Northern Boulevard.

When the passerby couldn’t get the car doors open, she called 911 while another passerby attempted unsuccessfully to open the car doors with a lockout kit, NBC New York reports.

When officers arrived at the scene, they broke one of the car windows and pulled the toddler out, who was reportedly burning up and covered in sweat. He was taken for medical treatment and expected to be OK.

CHILD RESCUED: Video captured the moments a young child was rescued from a hot car in #Nassau after being left alone inside for at least half an hour, according to police. We'll be LIVE at 10 p.m. from the scene. MORE: https://t.co/29iA6eac6j pic.twitter.com/RZwb0DtNG1

Police arrested the boy’s parents, identified as Jingcai Zhou, 34, and Lu Lu, 24. Both were charged with reckless endangerment and endangering the welfare of a child. They are expected to face arraignment on Wednesday.