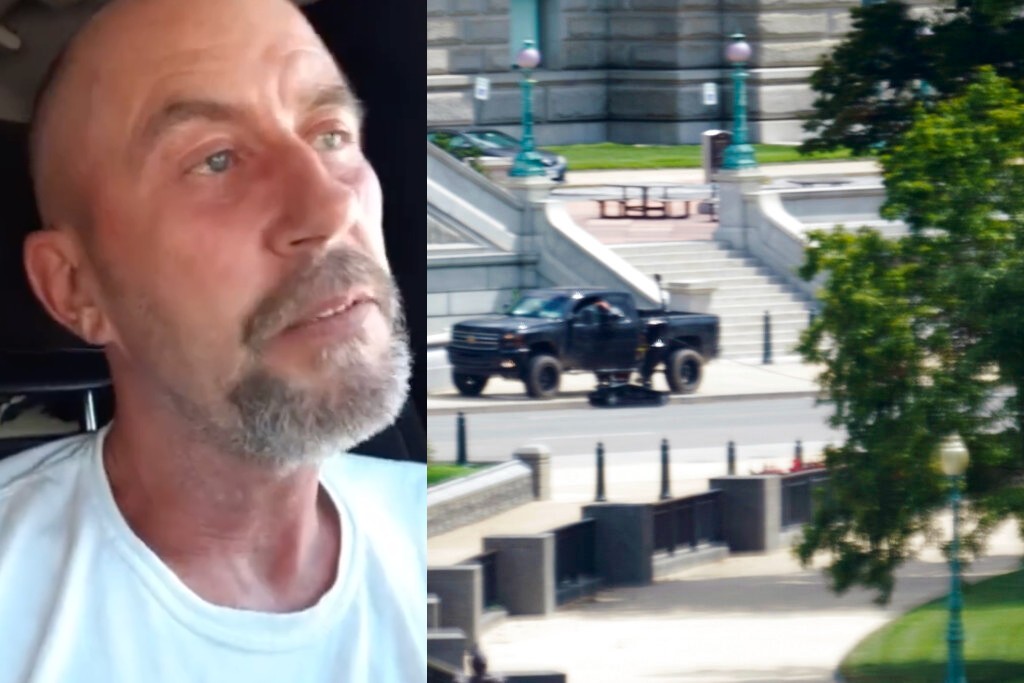 Active Bomb Threat Near U.S. Capitol; See Live Stream of Suspect Claiming He Will Blow Up Two & A Half City Blocks [VIDEO]

Police in Washington D.C. responded to an active bomb threat from a suspect parked near the U.S. Capitol building who claimed he has explosives in his vehicle.

U.S. Capitol Police Chief Tom Manger told the news outlet that the suspect drove a black pickup truck to a spot near the Library of Congress and claimed to have explosives and a detonator.

The BBC has identified the man as 49-year-old Floyd Roy Roseberry. He was reportedly apprehended late Thursday morning and does not appear to have detonated any explosives.

While authorities have not publicly commented on the suspect’s motives, Huffington Post editor Philip Lewis appears to have obtained clips from Roseberry’s Facebook live stream recorded from inside the truck. The Facebook page has since been taken down, but the reporter posted a clip of Roseberry speaking, in which he indicated he was angry about President Biden’s decision to withdraw U.S. troops from Afghanistan.

“It’s on you, Joe. I’m ready to die for a cause,” the man in the video says. “We’re living in a free country, Joe. The choice is yours. If you want to shoot me, and take the chance of blowing up two-and-a-half city blocks, cause that toolbox is full … ”

The next few words the man says are not intelligible. “I want to go home. Just like the people in an Afghanistan.”

It is not clear from the live-stream video clip exactly what Roseberry was asking of the president. Authorities have not yet commented on the circumstances of his surrender to hostage negotiators.