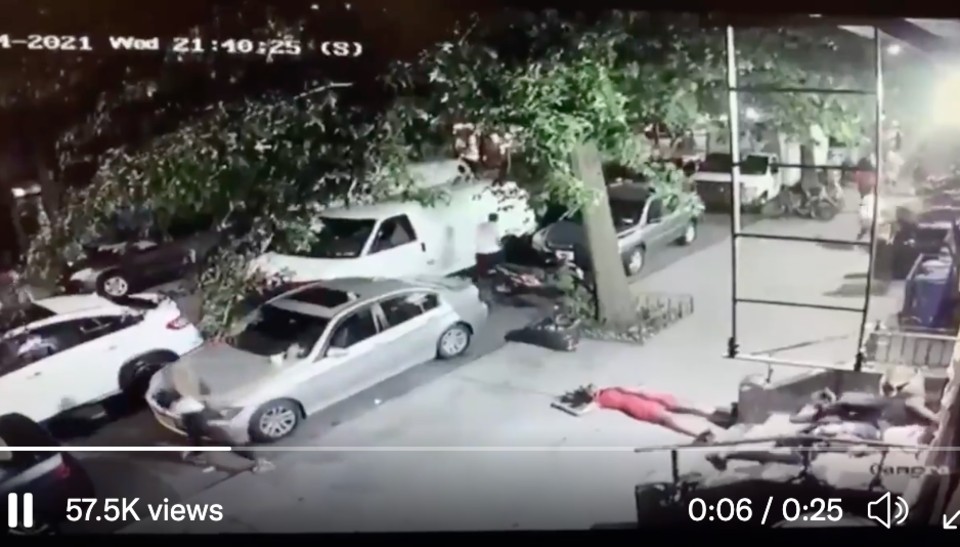 The family of a Brooklyn woman whose fatal shooting was caught on camera gathered this week to honor Delia Johnson at a memorial service.

As the New York Post reports, a large group of Johnson’s loved ones gathered in Brooklyn on Wednesday night for the 42-year-old woman’s funeral.

Johnson was fatally shot on August 4 while she was having a phone conversation. According to the New York Post, the suspect got out of a car that has just pulled up near Johnson. The suspect, a female, walked towards Johnson and shot her in the head. Johnson reportedly fell to the ground and the suspect continued to fire.

The brutal killing was caught on surveillance footage, included below.

Delia Johnson, 42, was killed Thursday when a woman calmly walked up to her and shot her in the head and torso several times on Franklin Avenue in Crown Heights on Wednesday. pic.twitter.com/8YnQewY3Gq

Johnson’s loved ones appear to believe the phone call was part of a setup. “When she got the phone call, she said, ‘I’ll be right back,’ friend Shawn Johnson told the New York Post on Sunday.

“I know in my heart that somebody called her and knew what it was and set my sister up,” Johnsons’s sister told the newspaper.

Police have not publicly identified the suspect, but family members told the New York Post they recognize the woman in the zoomed-in photos the NYPD released.

“I know her!” Johnson’s mother Delia Barry told the New York Post. “Oh my God, oh my God, she used to stay with us. She slept in my bed, ate my food.”

Another family member concurred that the woman in the photo used to regularly attend family gatherings.

Johnson’s 17-year-old daughter appealed for the killer to come forward in an interview with the New York Post.

“I just hope that you realize what you did and [I] wonder what made you do such a thing,” Ladeya Jenkins told the newspaper. “Turn yourself in. She was basically your sister.”