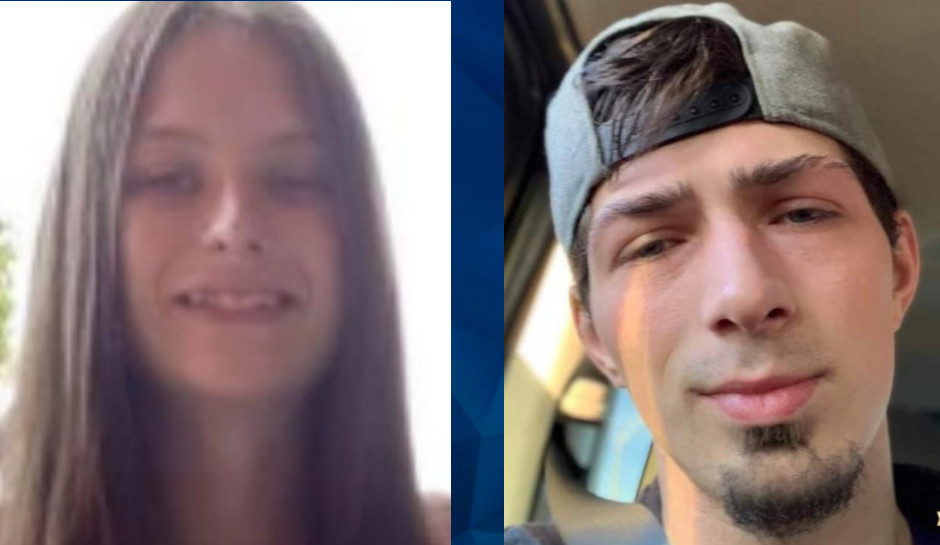 An AMBER Alert has been issued for a Tennessee teenager last seen in the company of a 27-year-old man in St Augustine, Florida.

Seventeen-year-old Autumn Turner has blonde hair and blue eyes and is about 5 feet 7 inches and 130 pounds, the Tennessee Bureau of Investigation said. She was last seen wearing a black T-shirt and dark colored pants and was carrying a light-colored backpack. She has a tattoo of three butterflies on an ankle.

TBI said Turner may be with Jacob Flournoy, who has brown hair and blue eyes, stands 6 feet 3 inches, and weighs about 160 pound. He has tattoos of the name “Paris” on his forearm and the initials “JSF” on his upper arm. HE was last seen wearing a black baseball cap backwards, a dark colored T-shirt, and red basketball shorts. He was also said to be  carrying a light-colored backpack.

The Athens, Tennessee, Police Department has warrants for Flournoy’s arrest on charges of kidnapping and contributing to the delinquency of a minor.

TBI issued the AMBER Alert on Friday, saying the pair could be in Florida. The Alert was expanded to Florida when they were seen in St Augustine.