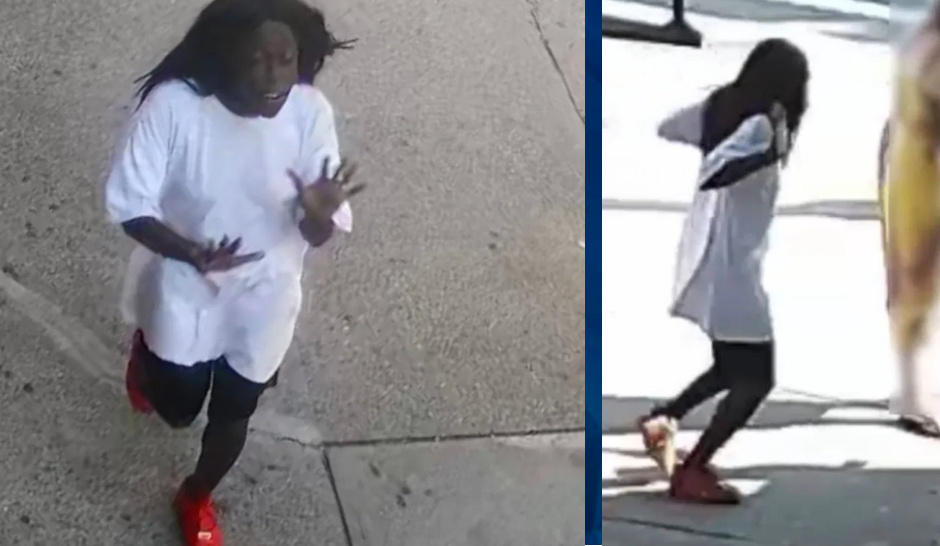 See It: Bedford Park Woman Randomly Shoves Tot, 2, Standing With Mom, to the Ground Causing Head Injury, Then Dances Away

New York police are looking for a woman who randomly shoved a toddler to the sidewalk as the little girl stood next to her mother in the Bronx.

Police said the incident happened at about 8:45 a.m. on Tuesday, according to PIX11.

In video released by Crime Stoppers, the woman approaches at a street corner in the Bedford Park area, shoves the 2-year-old to the ground and then dances away.

Police said the little girl’s head struck the pavement. She was listed in stable condition at a hospital, although they did not describe the extent of her injuries.

The suspect is described as 35-45 years old, about 5 feet 4 inches tall, and around 130 pounds. She was last seen wearing a white T-shirt, black shorts, and red sneakers.