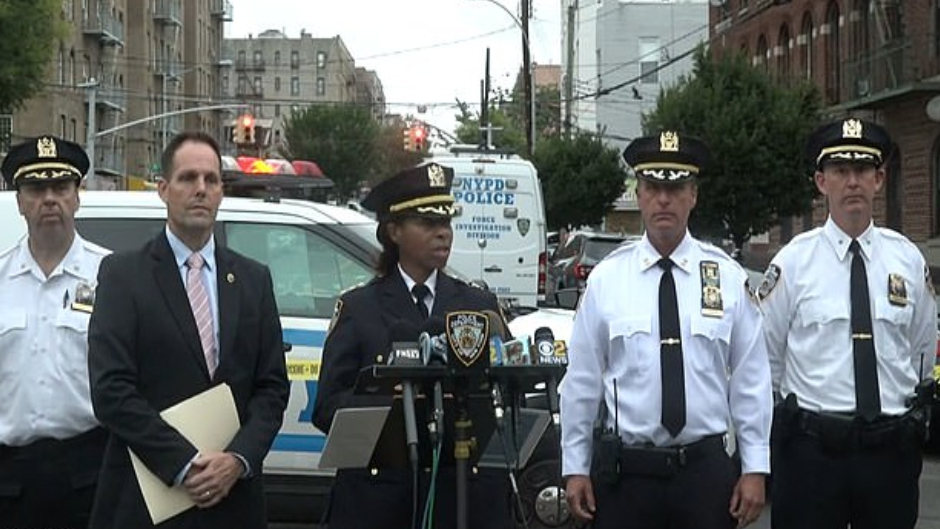 A shootout in New York on Sunday reportedly ended with police fatally shooting a man and the man’s father taking the gun from his dying son to fire at cops.

According to the New York Daily News, two off-duty police officers witnessed Michael Rosado, 24, shooting at a man in the Bronx. Before shots were fired, the suspect and his father, Raphael Rosado, 45, were allegedly in an argument with a group of people outside of a bodega.

The plainclothes cops reportedly identified themselves and ordered Michael Rosado to drop his weapon, but NYPD Chief of Patrol Juanita Holmes said the suspect shot at the officers instead.

Watch as NYPD executives provide an update to the police involved shooting in the @nypd46pct from earlier this morning. https://t.co/e8m8OZdGTH

According to the New York Post, Holmes said the off-duty officers returned fire, mortally wounding Michael Rosado in his torso. The two police officers were not hit.

According to the Daily News, Michael Rosado dropped his gun after being shot — prompting Raphael Rosado to pick up his dying son’s weapon and continuing the shootout with police. The son was reportedly seen in surveillance footage stumbling, crawling toward a parked car, and leaning against it for support as he died.

While the officers returned fire, Raphael Rosado was unharmed.

Nobody was shot by Raphael Rosado, who reportedly tried to flee on foot. He was allegedly seen trying to give the gun to a woman, who refused to take it, before handing it off to another woman who took the weapon. Police arrested him shortly thereafter.

A source told the Daily News that Raphael Rosado has been arrested 60 times for various crimes, including aggravated assault and drug possession. Michael Rosado reportedly had several arrests for minor offenses, such as driving without a license.

It is not immediately known what charges Raphael Rosado is facing in connection with Sunday’s incident.