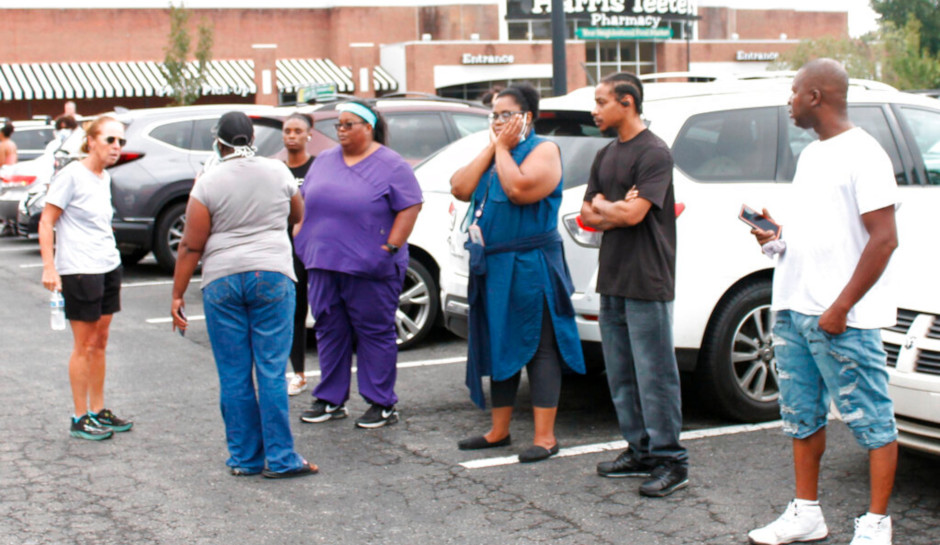 A North Carolina high school student was shot and killed Wednesday afternoon, and the suspect was taken into custody hours later.

Police have released little information about the shooting at Mount Tabor High School in Winston-Salem but identified the victim as William Chavis Raynard Miller, Jr., as CrimeOnline previously reported.

The Forsyth County Sheriff’s Office and Winston-Salem Police Department announced the arrest of the suspect, with assistance from the US Marshals Fugitive Task Force, in social media posts. Later, the sheriff’s office said a news conference would be held at 11 a.m. Thursday and livestreamed on Facebook. The City of Winston-Salem will livestream it on their YouTube channel.

An hour before, the sheriff’s office said it was still working to reunited parents with students from the school, which was shut down after the shooting. Officials were also making grief counselors available at the reunification site.

With 1,500 students enrolled at Mount Tabor, the area around the school was crowded with police and other emergency responders as well as parents desperately trying to get information about their children.

At a news conference earlier in the day, Winston-Salem Police Chief Catrina Thompson told reporters that a student had been shot and taken to a hospital, where he died.

“We have a mother and family who will not be able to hug their child tonight,” she said, choking back tears.

“I haven’t cried in a while, but I’ve been crying since I left the hospital,” he said.

Kimbrough also said he spoke with young Miller’s mother at the hospital and promised to give him justice.

In addition to deputies and police officers, agents from the FBI and the ATF responded to the scene, according to WTVD. The sheriff’s office said that other schools in the area were also shut down “out of an abundance of caution.”

WTVD also reported that the Winston-Salem school shooting was the second in the state this week. A 15-year-old was charged with attempted murder on Monday for allegedly shooting another student at New Hanover High School in Wilmington.

A parent of  Mount Tabor student told the station that his son said he was in the gym when he heard the gunshots.

“You see stuff like this in the media,” said Chris Johnson. “It’s scary to know that it actually reached out and touched you this time. My son’s not a victim, but he’s part of this and he’ll probably remember this forever.”

At the time, Johnson said his son was still at the school awaiting transportation to the reunification center.