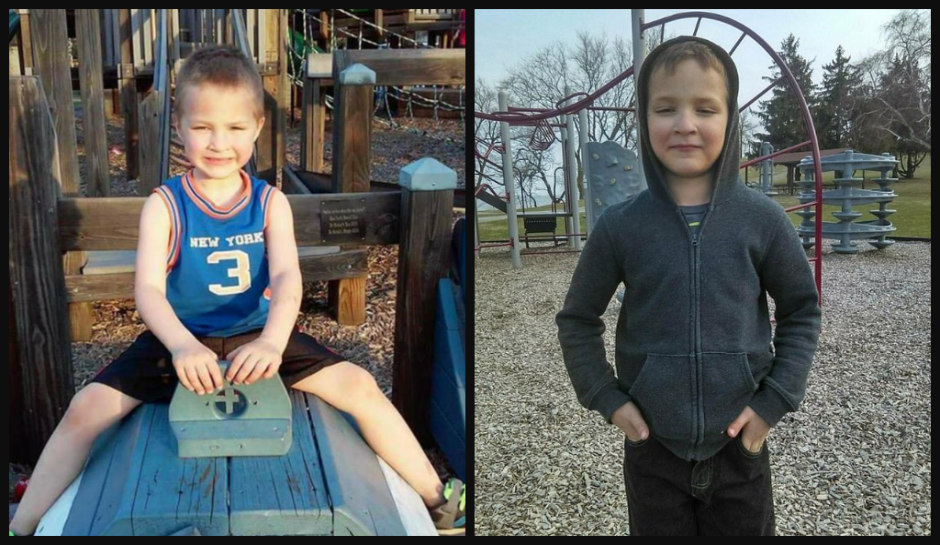 A Wisconsin teen will spend the next 20 years in prison for beating his foster brother, Ethan Hauschultz, to death in 2018.

Damian Hauschultz, 17, pleaded guilty to reckless homicide inside a Manitowoc County courtroom this week, in connection with the death of his foster brother, Ethan, who was seven when Hauschultz carried out a beating so brutal that those in the courtroom had difficulties grasping the “level of violence” he doled out, the Milwaukee Journal Sentinel reports.

As CrimeOnline previously reported, Damian, along with foster parents, Timothy Hauschultz and Tina McKeever-Hauschultz, took part in punishing the child, which included forcing him to hold a heavy log for hours at a time. According to police, the trio doled out punishment when Ethan failed to memorize assigned passages from the Bible.

Damian was 14 when the fatal beating happened, according to police. His father, Timothy Hauschultz, is accused of being physically abusive to the children and faces his own charges in the case.

Timothy Hauschultz was in charge of five children when Ethan died. McKeever-Hauschultz lived in Green Bay during the week so she could attend classes at the Northeast Wisconsin Technical College, and wasn’t physically present when the incident occurred.

Damian Hauschultz is about to face prison for a deadly assault he committed when he was 14. But should he? https://t.co/khg8LUqs4g via @PGDougSchneider

Prosecutors, however, said she knew abuse was going on in her household and she did nothing to stop it. A judge previously told her that she could have made one call to stop the abuse.

“You were away at school during the week … but you had other people who could have helped. There’s no reason a comment couldn’t have been made, a cry for help … to prevent this completely senseless tragedy.”

During Damian’s hearing, the court heard how he helped torture Ethan to death by beating him with a belt until the buckle broke, among other forms of physical abuse.

On the day of Ethan’s death, Timothy Hauschultz left Damian in charge of the child’s punishment after Ethan talked back to a teacher and forgot Bible verses. Damian made Ethan carry a 44-pound log around in their backyard for hours, and would punish him if he dropped the wood.

At some point, Ethan fell unresponsive on the ground and Damian covered him with snow and left him buried for around 30 minutes. Damian did “hit, kick, strike and poke Ethan approximately 100 times” prior to the boy falling unconscious. Damian also stood on Ethan’s head while the boy was facedown in a puddle of mud.

Ethan’s official cause of death was listed as hypothermia, but the medical examiner noted extensive physical injuries all over the victim’s body.

The case brought about a new Wisconsin law, known as “Ethan’s Law,” which prevents children from being placed with people who’ve been convicted of child abuse.

“No kid should ever have to experience what Ethan went through,” Gov. Tony Evers said. “This bill is an important step in helping protect our kids, keep them safe, and ensure that every kid has the opportunity to lead a happy, healthy life.”

Manitowoc County social services workers removed Ethan and his three siblings from their biological parents’ care in 2017, after finding the children were being abused and neglected by their father. The children were sent to live with Timothy Hauschultz, who was convicted in 2019 of child abuse.

Meanwhile, Timothy Hauschultz is facing felony murder and numerous related charges. He remains behind bars without bail. His trial date has been scheduled for December 6.