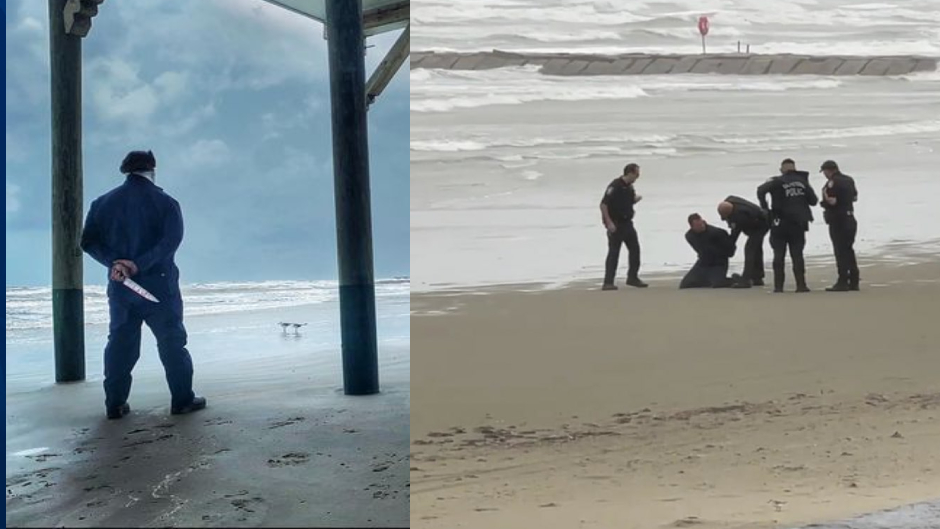 A Texas attorney was reportedly detained and cited on Monday for wearing a Michael Myers mask and holding a fake bloody knife while on a popular beach.

Lawyer Mark Metzger pulled what he called a prank at Gavelston Beach ahead of Tropical Storm Nicholas. Seargent Stacy Papillion told The Gavelston County Daily News that someone called 911 about Metzger wearing the concerning getup while on the beach.

“Calm before the storm,” Metzger wrote on Facebook shortly before authorities got involved.

Responding police officers handcuffed Metzger before realizing the knife he was wielding was fake. The lawyer was cited for disorderly conduct and released, according to the news outlet.

Just when you THINK you’ve seen it all, someone walks past you down the Galveston beach dressed like Michael Myers in Halloween ahead of Tropical Storm Nicholas 🤦🏼‍♀️ pic.twitter.com/tiztJb4fNc

“If taking a silly walk down the beach during a storm in a costume, and subsequently being arrested for disorderly conduct accomplished any of that (just released with a class c citation and still fuzzy on what exactly was illegal about my actions),” Metzger wrote, “then I’d do it again all day every day.”