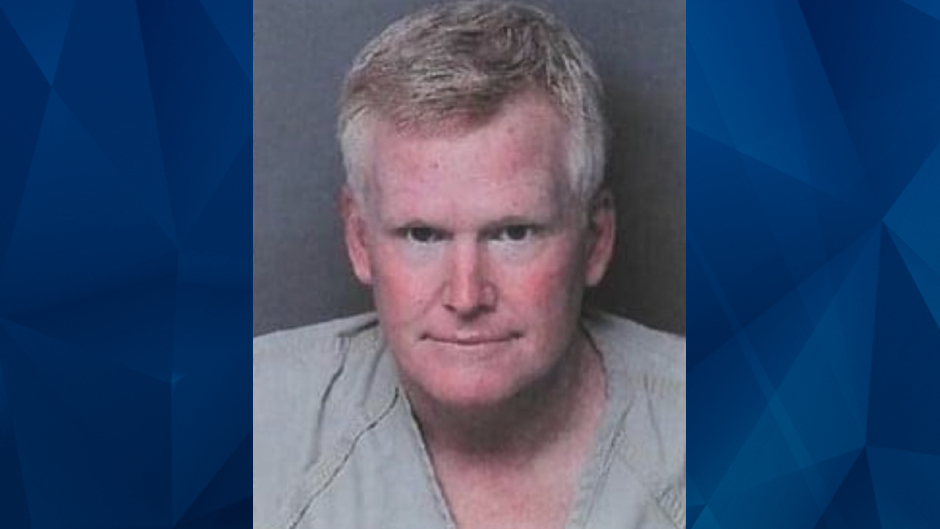 Mugshot does not appear to show any head injuries

South Carolina legal scion Alex Murdaugh surrendered to police on Thursday amid allegations that he had an ex-client try to fatally shoot him so his surviving son could collect a $10 million life insurance policy.

Bluffton Today reported that Murdaugh, 53, was arrested in Hampton County in connection with the September 4 incident that left him hospitalized. He is charged with insurance fraud, conspiracy to commit insurance fraud, and filing a false police report.

Notably, a mugshot provided by Hampton County jail, where Murdaugh is housed, does not appear to show any head injuries — which contradicts claims made by Murdaugh’s attorney, Dick Harpootlian.

As CrimeOnline previously reported, Murdaugh called 911 and said he had been shot in rural Hampton County. A day earlier, he resigned from his family law firm amid allegations he misappropriated funds. Two days after the shooting, Murdaugh said he was entering rehabilitation for drugs.

“He believed that $10 million policy had a suicide exclusion. Suicide exclusions are only good for two years, and he didn’t realize that. So he arranged to have this guy shoot him,” Harpootlian explained to the “Today” show on Wednesday.

Smith was arrested on Tuesday and charged with assisted suicide, assault and battery of a high and aggravated nature, pointing and presenting a firearm, insurance fraud, and conspiracy to commit insurance fraud.

Harpootlian claimed there is no link between Alex Murdaugh’s shooting and the shooting that killed his wife and son. No arrests have been made in connection with their murders.