The FBI announced Sunday evening that the body of Gabby Petito, 22, has been found. Official confirmation is pending. 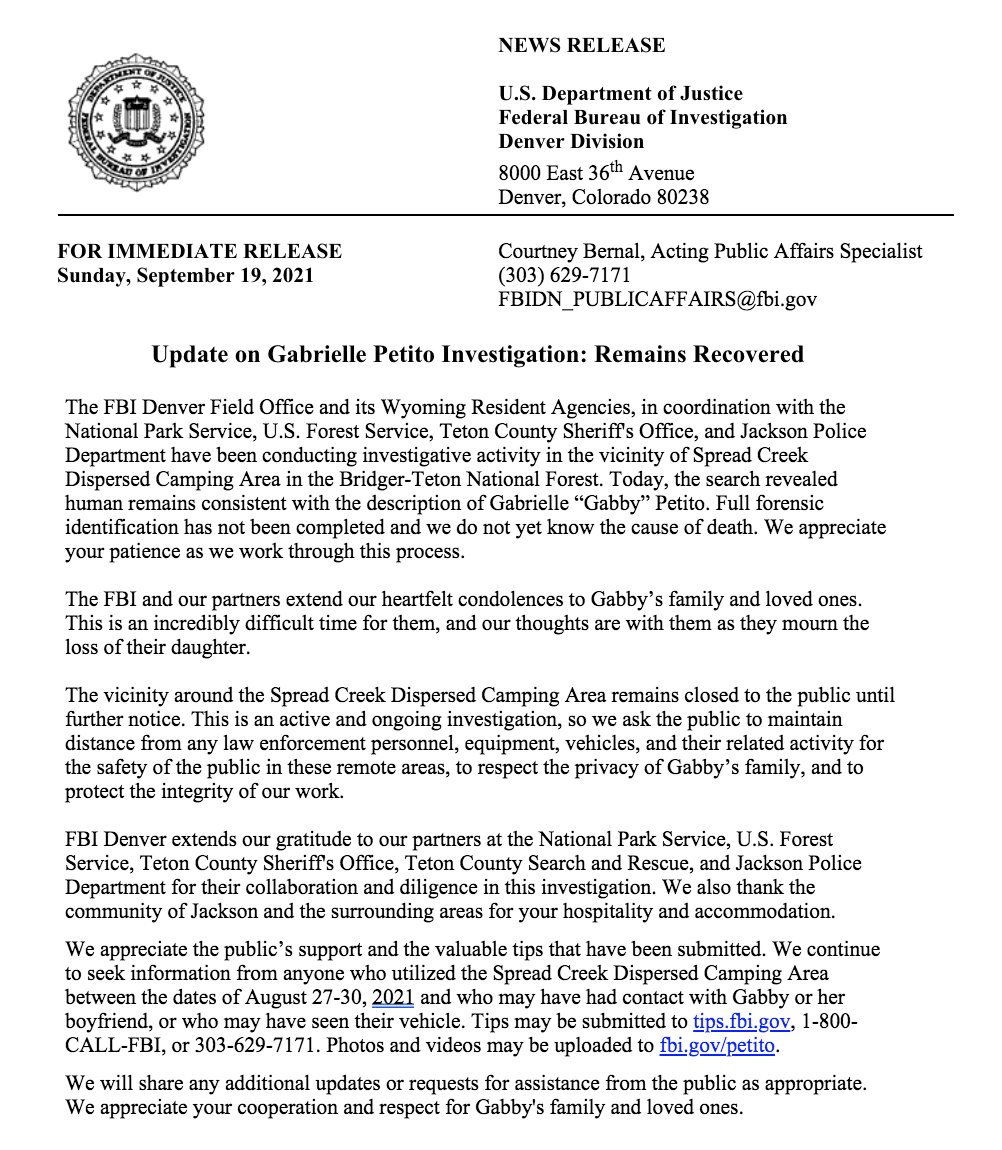 Fox News reports that a coroner arrived on the scene Sunday, but so far, there has been no confirmation on whether the deceased person is Gabby. The digital team confirmed that search dogs left the area around 10 minutes after the coroner arrived.

Police arrived on the scene Sunday evening and centered on the Moran Vista camping area.

As CrimeOnline previously reported, Petito and her boyfriend, Brian Laundrie, embarked on a cross-country road trip this summer, but Laundrie returned to Florida without her, and her whereabouts are not known.

Last week, Laundrie disappeared after returning to his parents’ home in North Point. Both Gabby and Laundrie remain unaccounted for.

Mobile command center just left the Brian Laundrie Florida search. Weather has not been good. Waiting to find out if they’re officially done for the day. pic.twitter.com/wuT7n8SuLw