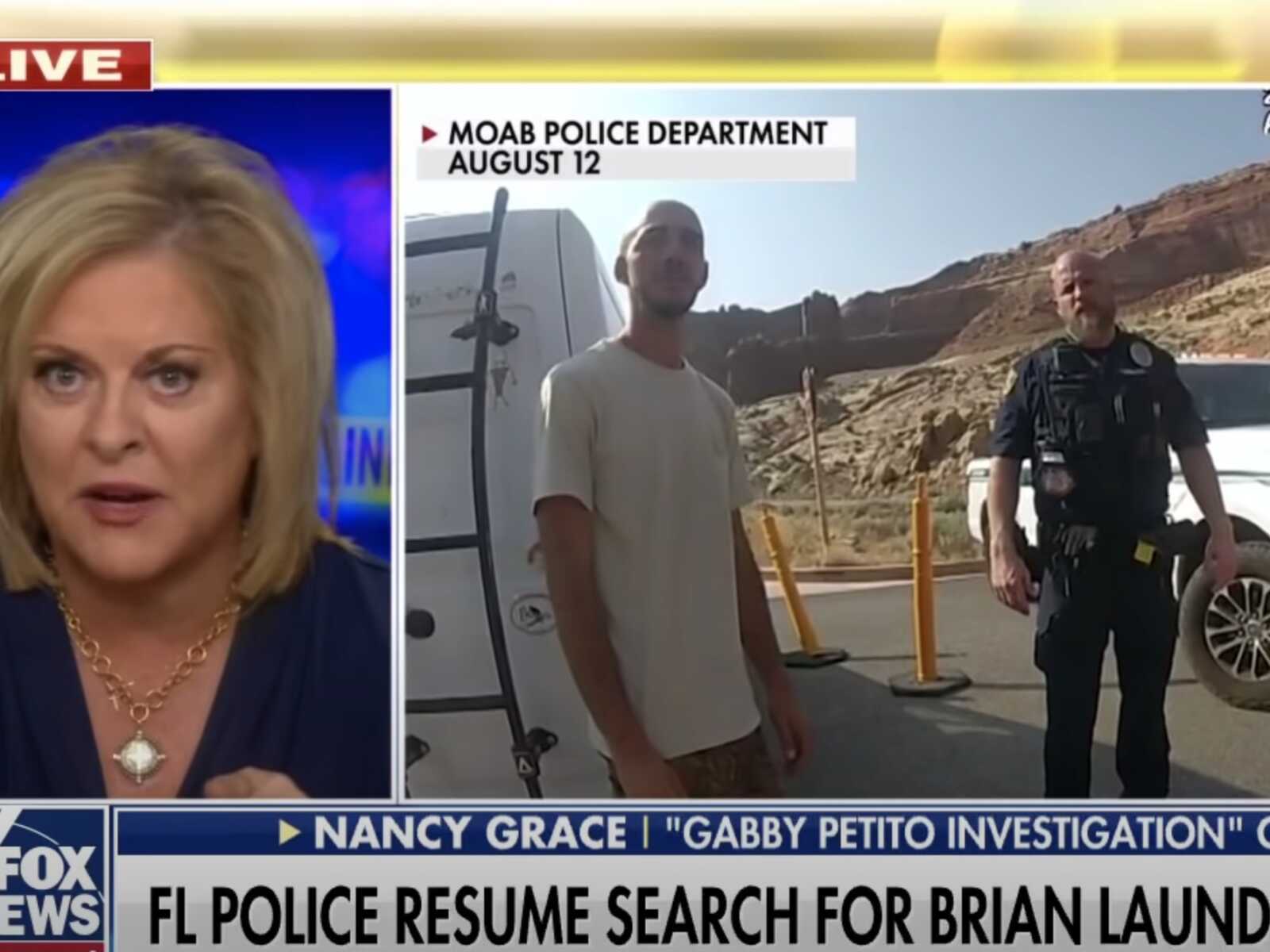 CrimeOnline’s Nancy Grace says she’d be looking outside the 25,000-acre nature reserve where Florida authorities are concentrating their efforts to find Brian Laundrie, who fled his parents house earlier this week rather than talk with police about his missing girlfriend, Gabby Petito.

The Laundries had refused to speak with anyone at all about Petito’s disappearance until Friday, when the parents asked police to come to their home so they could tell them their son had left the house three days earlier and hadn’t communicated with them since.

“I wish they’d served those warrants on the home on day one and not now,” Grace said Sunday on Fox News. “But that said, I would be looking at every rental car agency, every private plane, out on the water for small boatcraft, because I don’t know that he’s in Carlton Reserve.”

“Are the parents telling me the truth?” she said. “I have no reason to believe yes or no.”

Petito and Laundrie left in July for a cross-country road trip in a converted 2012 Ford Transit van. Petito had been communicating frequently with her family, until August 25 — the last time anyone heard from her, from Grand Teton National Park in Wyoming. A week later, Laundrie was back in Florida, with the van but without his girlfriend. And, neither he nor his parents said anything to Petito’s family.

“Even though Gabby’s parents were texting, emailing, calling, they did not let them known where Gabby was,” Grace pointed out. “But they had Brian Laundrie there until September 11 when Gabby’s family finds out he’s parked the van right there without Gabby. That’s when they report her missing.”

Grace said there are just so many unanswered questions — questions that the Laundries could provide answers for.

“The family said he left in his vehicle,” she said. “But the vehicle is parked right there at the house. So that’s not true.”

According to Jeff Butera with ABC 7, North Point police said that the parents said their son drove a Mustang seen at the home on Friday to the reserve, and they picked it up there and brought it back. They also said the Mustang is not registered to him.

So while the search for both 20-somethings continue, Grace said, “the Laundries act like life is going on as normal.”

“Are they covering? Is he really on a walk-about at the Carlton Reserve? … And why did he leave in the middle of the search for Gabby?”