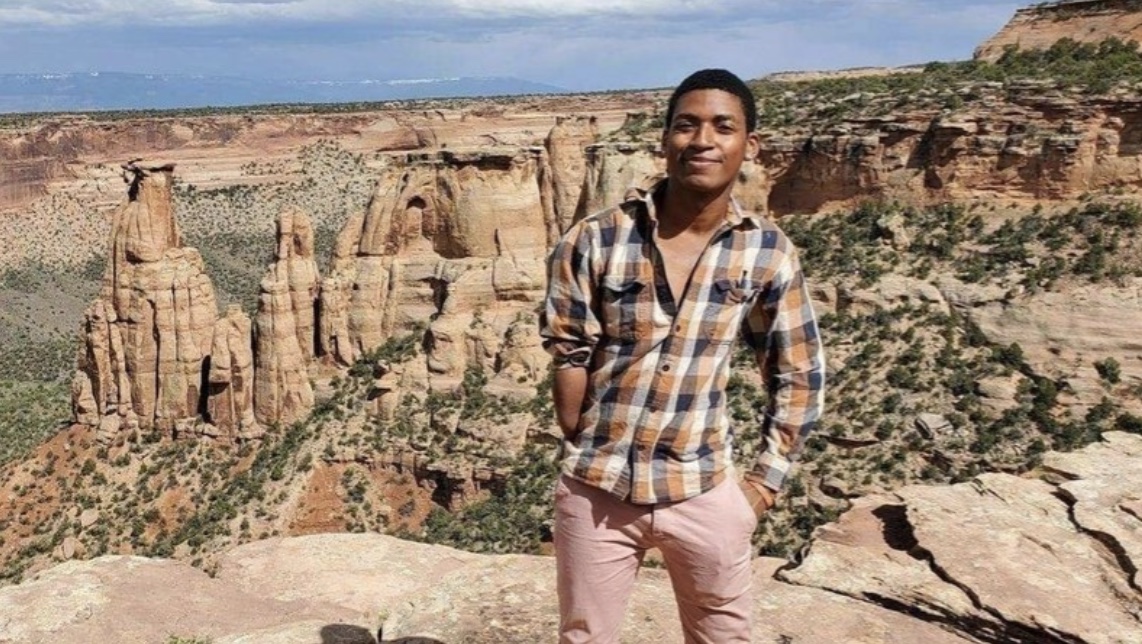 Daniel Robinson has been missing since he left his worksite on June 23. His wrecked Jeep was found in a remote ravine nearly a month later.

Three months ago, geologist Daniel Robinson drove away from his worksite west of Phoenix, Arizona, and was never seen again.

Nearly a month later, a rancher found Robinson’s blue, 2017 Jeep Renegade in a remote, shallow ravine on his property, rolled over and on its side. The vehicle’s airbags were deployed, and authorities said the evidence shows that Robinson was wearing his seatbelt at the time of the crash, KPNX reported.

Robinson’s father, David Robinson, hired a private investigator who does accident reconstruction when he was dissatisfied with progress in the investigation. The investigator, Jeff McGrath, said it “looked like a stage event to me.”

“After the airbags came out, somebody turned that ignition over at least 46 more times,” he said. “There’s an additional 11 miles on the car so that tells me the car was driven around after the crash.”

And David Robinson, who lives in South Carolina, went to Arizona to search himself after the Jeep was found. He’s led a group of 75 to 200 searchers every Saturday since looking for his son.

“From the first day that I arrived in Phoenix, Arizona, I have done more to find my son than the law enforcement agency, whose jurisdictional authority covers where he was last seen and where his vehicle was recovered,” he said.

Buckeye Police Assistant Chief Bob Sanders said they’ve “followed up on all the leads” and evidence they have and plan to seek “additional expert advice regarding the crash data.”

Sanders said they department conducted four ground searches and two aerial searches between Robinson’s disappearance on June 23 and the discovery of the Jeep on July 21 and two more ground searches after the Jeep was found.

“While we’re watching this case unfold, please take 5 seconds to read about Daniel Robinson, a geologist who went missing in the desert outside Buckeye three months ago,” she wrote. “His father is still looking for him.”

The tweet quickly garnered more than 100,000 retweets, and suddenly people were talking about the young geologist.

“It’s a national thing and it happened quickly,” David Robinson said about the Petito case. “My first initial thought is family; think about the family going through the same thing I’m going through.”

“There is a lot of people of color missing,” he said. “Indian women for instance and you don’t hear anything about it and there’s a reason why.”

US Interior Secretary Deb Haaland, the first Native American Cabinet secretary in US history, echoed those statements.  She said her heart goes out to Petito’s family, and that she also grieves for “so many Indigenous women″ whose families have endured similar heartache “for the last 500 years,″ the Associated Press reported.

Haaland, a member of the Pueblo Laguna tribe, said Thursday that when she sees posters of missing girls and women, “you know I see my sisters.”

“I see my mother. I see my aunties or my nieces or even my own child,” she said. “So I feel that every woman and every person who is in this victimized place deserves attention and deserves to be cared about.″

A Change.org petition posted on behalf of David Robinson calls for accountability for the Buckeye Police Department and notes that more than 900 people have gone missing in Arizona in 2021. The petition also asks that police begin investigation Daniel Robinson’s disappearance as a criminal in nature, rather than a simple missing person case.

Robinson told CNN that it’s “hurtful” to see so much sympathy and attention focused on Gabby Petito while his son remains missing.

“You wish you lived in a world where everything was equal but it’s really not equal,” he said.

The Buckeye Police, however, said race isn’t a factor in their investigation.

“Regardless of race, we have a father out there who is missing his son and looking for closure,” Sanders told KPNX. “All we know is Daniel drove away that day.”