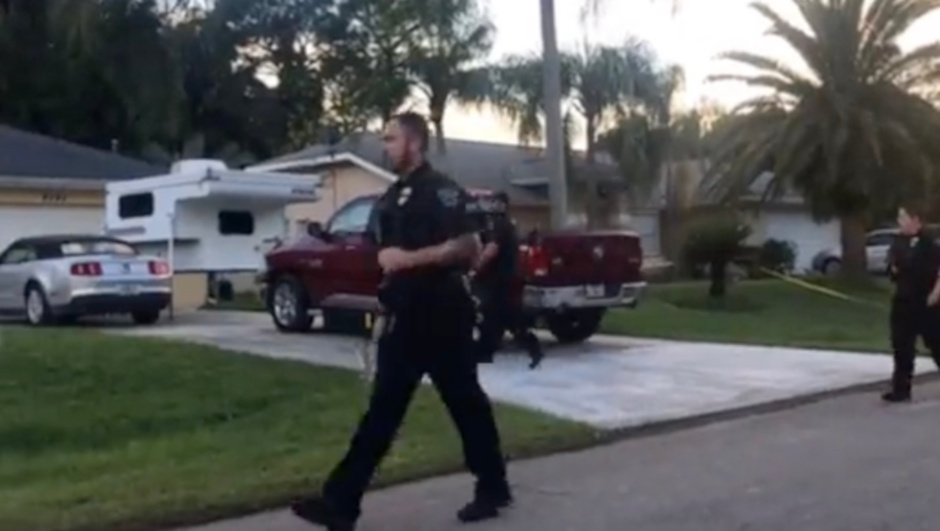 North Port Police responded to a call about shots fired in the area of Brian Laundrie’s home early Friday evening, but the large contingent of media outside the house heard nothing.

“No injuries are reported,” police said in a tweet. “Right now, no evidence any shots were actually fired in the area.”

Several police cars arrived at the home at around 6:45 p.m., NewsNationNow’s Brian Entin reported. Some officers went to the door, while others went to the back of the home.

They were on scene for about 15 minutes.

6:45pm NPPD received a report of gunshots in the area of Brian Landries’ home from unknown. No injuries are reported. Right now, no evidence any shots were actually fired in the area. No reports from the large contingency of media who were standing outside the home, either.

About 30 minutes after the initial call, North Port police tweeted about the incident, saying the 911 caller was anonymous.

The manhunt continues for Brian Laundrie, who fled his home on September 14, three days after his girlfriend Gabby Petito was reported missing and nearly two weeks after he came back alone from their cross-country van trip. Petito’s body was found Sunday in a remote camping area in Wyoming. An autopsy determined she was murdered.

While Laundrie has not been named a suspect in his girlfriend’s death, he has been indicted on bank fraud charges for using her debit card and PIN number to take out more than $1,000 from her accounts after she was killed. A federal arrest warrant has been issued.