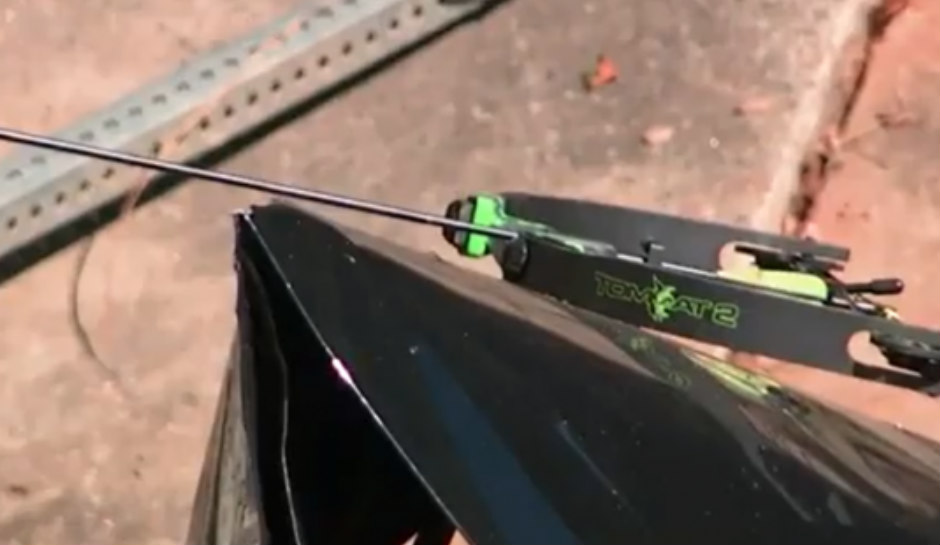 Suspect with Bow and Arrow Shot by Police, Investigation Launched

The Georgia Bureau of Investigation is investigating a police-involved shooting that left an alleged carjacker in the hospital.

The incident started Thursday morning at 1438 West Peachtree ST NW in Midtown. According to police, a male suspect approached a female inside a 2014 Toyota Camry and shot an arrow through her windshield while demanding her to get out of the car.

The woman got out of the car and wasn’t injured.

A similar incident happened earlier that morning off of Peachtree Road. However, the suspect pointed the bow and arrow at a security guard and wasn’t successful in taking the car. A third incident then happened in Atlanta and again, the suspect was unable to take the car, CBS 46 reports.

Update on a car jacking in Midtown that ended in an officer involved shooting in Marietta. @cbs46

While police investigated the Atlanta incidents, a call came in from Cobb County, which is north of Atlanta, in concerns with a man with a bow and arrow. Police found the suspect off of Powder Springs and Marietta Parkway, inside a car.

Officers attempted to stop the suspect but ended up delivering shots after he allegedly pointed the bow and arrow at them.

The suspect was still breathing when an ambulance transported him to a local hospital, but his current condition is unknown and his name is unknown.