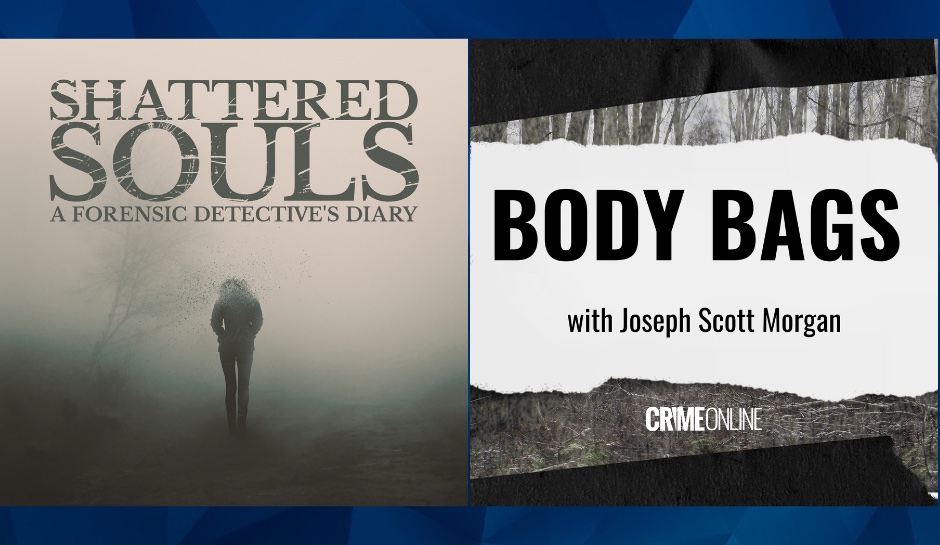 Both Joseph Scott Morgan and Karen Smith are contributors to CrimeOnline’s flagship podcast, “Crime Stories with Nancy Grace,” where they provide expert analysis on the biggest criminal cases in the country.

Both Morgan and Smith are contributors to CrimeOnline’s flagship podcast, “Crime Stories with Nancy Grace,” where they provide expert analysis on the biggest criminal cases in the country.

Karen Smith is a former major case detective with the Jacksonville Sheriff’s Office, where she conducted 500 death investigations and worked on 20,000 cases over her eleven years with the department.

Smith’s experience as a forensic detective in Jacksonville, Florida, forms the basis for Season 1 of Shattered Souls, available now on all podcast apps. In Season 1, Karen speaks about the most haunting cases of her career, sharing the stories of the victims as well as the emotional toll the cases had on her.

“Karen Smith has been in the trenches solving crimes for years,” said CrimeOnline founder Nancy Grace. “With that comes so many shattering stories, stories only Karen can tell!”

Smith is hard at work on Season 2, which will be a season-long investigation into a cold case close to Smith’s heart.

Joseph Scott Morgan was the youngest death investigator in America when he began his career at the coroner’s office in New Orleans, and he is the former senior investigator with the Fulton County Medical Examiner’s Office.

He’s now a Distinguished Scholar of Applied Forensics at Jacksonville State University and author of “Blood Beneath My Feet.” Morgan is also featured on “The Piketon Massacre: Return to Pike County” podcast from iHeart.

In “Body Bags,” Morgan will lead listeners on a journey through the blood-soaked death scenes of America and into the autopsy room to fully understand the science behind each case. The podcast will give Morgan an opportunity to give listeners a deep dive into the forensics of the biggest criminal cases in the country.

“Jo Scott Morgan has been on literally thousands of death scenes. His expertise is beyond measure. He is ‘Crime Stories’ go-to guy on all matters forensics. Break a leg, Jo Scott!” said Grace.

Episode 1 of “Body Bags with Joseph Scott Morgan” will cover the Gabby Petito case and is available now on all major podcast platforms.

Listen to episode 1 of Body Bags below: