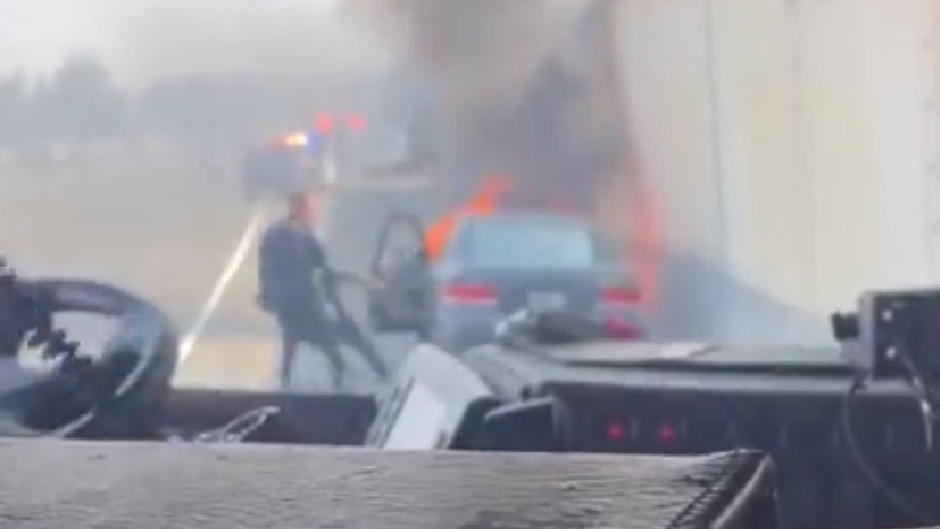 A California police officer reportedly saved a man who was trapped in a burning car on Sunday.

The San Jose Department posted a video on their Twitter page which shows officer Pedro Garcia pulling an unidentified man from a burning vehicle on Highway 101. Garcia told KGO that he was driving on the highway when he spotted the car and decided to intervene.

Still images from Garcia’s body-camera show the man’s shoes were melted off. Garcia told KTVU that the man was going in and out of consciousness as he dragged him out of the car.

Yesterday, rookie officer Pedro Garcia came upon a collision on Hwy 101 with one vehicle engulfed in flames and the driver still inside. pic.twitter.com/1cyc8AMkQp

KTVU reported that the man was hospitalized for his injuries, which were not disclosed. Garcia was not injured.