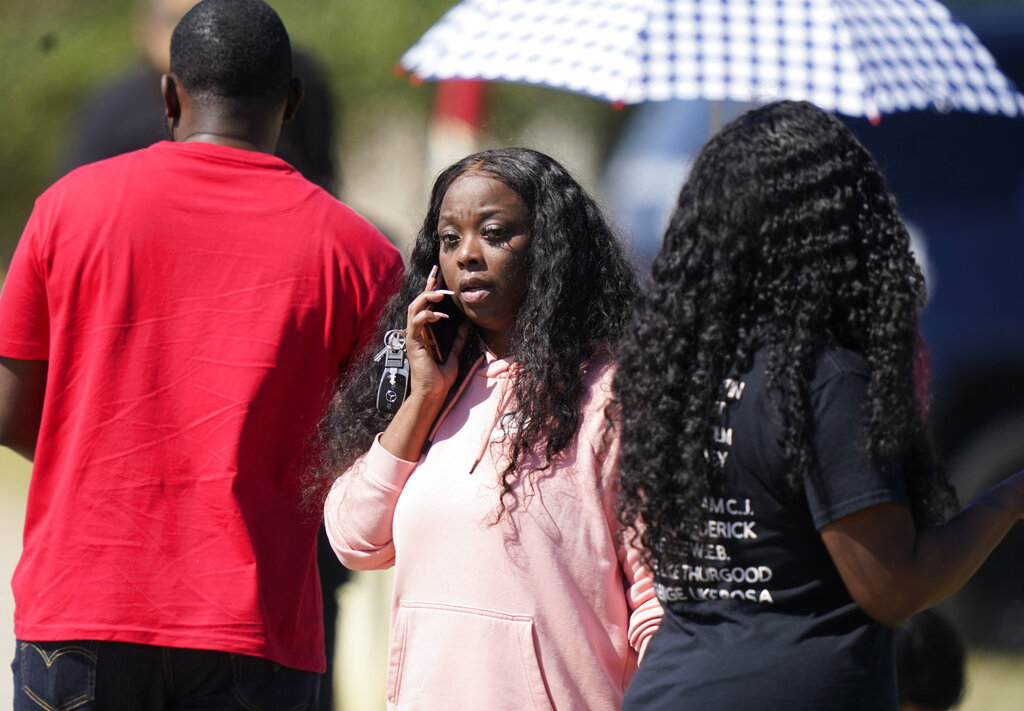 Authorities in Texas have apprehended the 18-year-old high school student believed to be the gunman behind a shooting at an Arlington high school that has left three people hospitalized.

As NBC-DFW reports, Timothy George Simpkins, 18, was apprehended after a manhunt in North Texas on Wednesday. Simpkins is believed to have left the scene of the shooting in his vehicle, launching a massive search for the suspect. It is unclear at this time where police located the suspect.

According to the report, police also found  45 caliber handgun that appeared to have been left in Grand Prairie. Investigators are running ballistics on the gun to determine if it was used in the shooting Tuesday morning.

The shooting reportedly began during a fight between students on the second floor of the school. Three people have been hospitalized, and one, a 15-year-old student, is in critical condition. Another student suffered minor injuries and is expected to be released from the hospital soon. A 25-year-old male is hospitalized in good condition, according to NBC-DFW. An adult female, who is pregnant, was also reportedly injured but she was treated at the scene and the injuries do not appear to be serious.

It is not yet known exactly where Simpkins is in custody. This is a developing story.