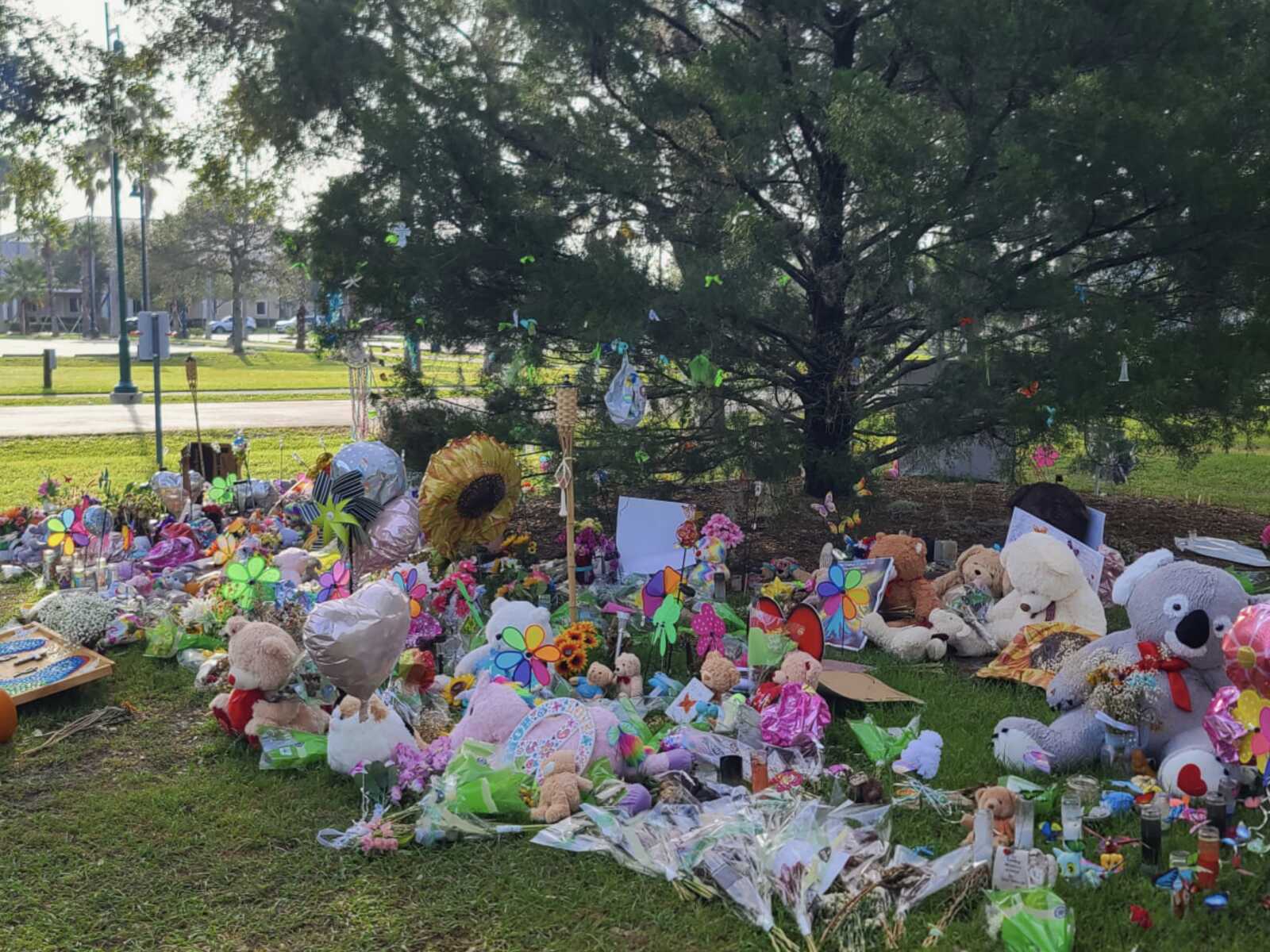 Gabby Petito Memorial in North Port To Be Replaced With Permanent Tribute; Still No Signs of Brian Laundrie

Items were still arriving for the Gabby Petito memorial at North Port City Hall over the weekend, even as the city prepared to begin dismantling the temporary tribute to make way for a permanent memorial.

The city said last week that workers would begin removing the items surrounding a tree on City Center Front Green on Tuesday — to be given to the Petito family — because they’re being damaged by exposure to Florida’s weather.

The Petitos have already retrieved one of the items — an intricate, handmade plaque inscribed with a poem that dubs their 19-year-old daughter “America’s Daughter.”

Among the first items #GabbyPetito’s family has retrieved from the makeshift memorial across from North Port City Hall is this handmade plaque inscribed with a heartfelt poem dedicated to “America’s daughter.” pic.twitter.com/isU9ObzeL5

Fox News reported that the photos, candles, flowers, stuffed animals, and signs are to be replaced with a metal bench being constructed by a supporter from Indiana.

On Saturday night, a second sign asking Brian Laundrie’s parents if they remember Gabby Petito showed up at another makeshift memorial in front of their home.

The first sign — with a photo of Petito and the words “Remember me? Gabby Petito. Roberta and Chris I once lived with you!” — was hammered into the ground Friday night. It was soon joined by bunches of flowers and the second sign, similar to the first but with a battery-powered spotlight to make it visible in the dark.

New poster at the makeshift Gabby Petito memorial on the Laundrie’s property line. Neighbors put it up last night. The other poster is also still there pic.twitter.com/06piFbw1Bi

New Nation’s Brian Entin said there was no activity at the Laundrie home Saturday night and none through the morning on Sunday.

Meanwhile, there’s been no reported progress in the search for Brian Laundrie, a person of interest in Petito’s murder and wanted for bank fraud after he allegedly used her bank cards to withdraw cash following her disappearance.

Laundrie, 23, reportedly fled his parents home on September 13, just days before her body was found in Wyoming. The Laundries told investigators he said he was going hiking in the 24,000-acre Carlton Reserve nearby — which was largely flooded at the time. Investigators have been very visible searching the vast property, but they said they have found no physical evidence that Laundrie was ever there.

And North Port police, who have been on the defensive since Brian Laundrie slipped away, have now admitted that some of the things his parents have said “just didn’t make sense.”