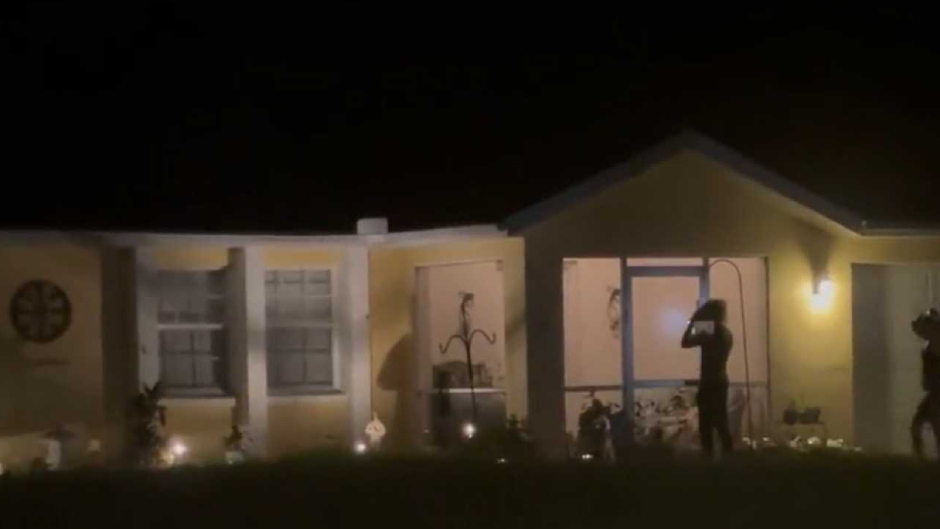 Police reportedly responded to the Laundrie residence on Tuesday, when protestors standing outside their Florida home heckled the family after the latest developments in the Gabby Petito death investigation.

Hours after Wyoming officials revealed that Petito, 22, was strangled, a man was spotted outside the Laundries’ North Port, Florida, home, banging on their front door and demanding to know the whereabouts of Brian Laundrie, 23. The Daily Mail reported that after the two protestors left, a car passed the home honking its horn for several seconds. Police responded to the residence moments later.

“Come on dirty Laundries. Come on, you guys like to strangle people,” the man is heard saying in a video obtained by Fox News. “You and your little b***h a*s son. It’s time to wake up and face the consequences.”

Two people apparently tried to confront Chris & Roberta Laundrie at their home just after 8:30pm, banging on the door repeatedly. One of them was shouting, “Come on, dirty Laundries,”“Come on, you guys like to strangle people,”“We’ll be back,”& “Speak up soon.” #BrianLaundrie pic.twitter.com/oBW7kLlZvw

Laundrie is wanted for fraudulently accessing another person’s financial accounts in late August and early September — after Petito, 22, had lost contact with her family. Laundrie reportedly arrived in Florida on September 1 without Petito, and she was reported missing on September 11.

Laundrie, who named a person of interest in Petito’s initial disappearance, is believed to have left his parents’ North Port home on September 13 or 14. His parents reported him missing on September 17.