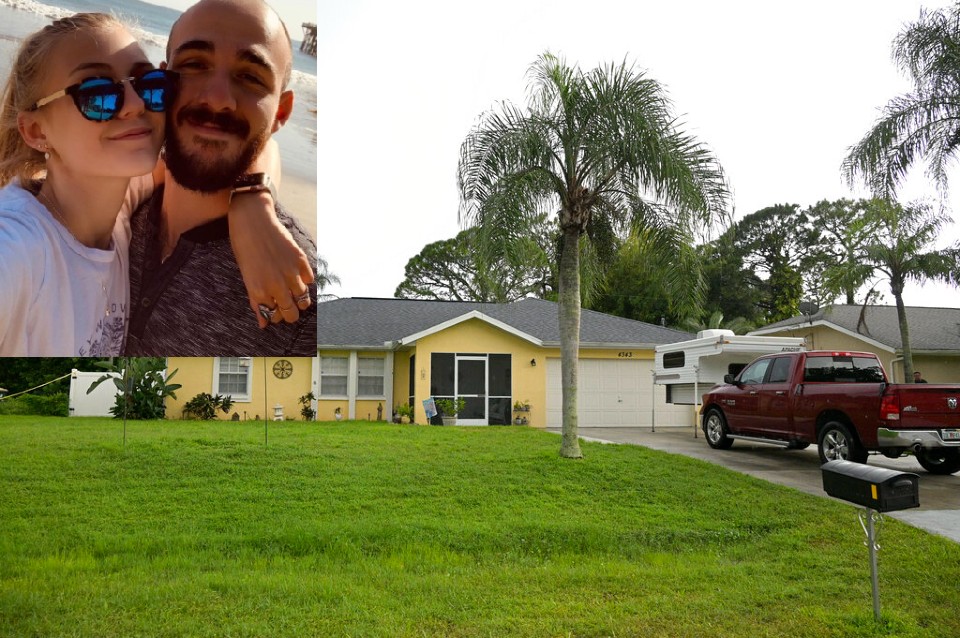 ‘What if This Happened to Cassie?’: Brian Laundrie’s Father Removes Protester Sign from Yard

The father of Brian Laundrie removed a sign that protesters had placed on his lawn referring to his daughter, the New York Post reports.

On Saturday morning, cameras captured Chris Laundrie tearing down a yellow sign that read “What if this happened to Cassie?”

The sign, which was placed next to a picture of Gabby Petito, was an apparent reference to Cassie Laundrie, Chris’ daughter and Brian’s sister.Video apparently shot after the sign’s removal shows Chris Laundrie walking through his yard and disappearing behind a white fence.

The newspaper published still photos showing tbe removal, and Fox News shared a video of the scene on Twitter.

Chris Laundrie on Saturday morning removed a sign on his property line that read, ‘What if it was Cassie?’https://t.co/K4wUZ3uhK3 pic.twitter.com/2Zw9KlKzvj

The move came the same day that protesters outside the residence chanted “Gabby Petito!” “Say her name!” and “Justice for Gabby!,” according to Fox News.

Cassie Laundrie has said publicly that she does not know whether her parents played a role in her brother’s disappearance.

“I would tell my brother to just come forward and get us out of this horrible mess,” Cassie Laundrie told “Good Morning America” last week.

Earlier in the week, Chris Laundrie installed a doorbell camera near the front door of the home, and on Wednesday was seen mowing lawn at the property in North Port, Florida.

The single-story, three-bedroom residence is where Brian Laundrie and Petito were living before they embarked on a cross-country road trip together earlier this year in a camper van.

Laundrie returned to the house September 1 without Petito. Her parents later reported her missing, and her body was subsequently found in the Bridger-Teton National Forest in Wyoming, where she died by strangulation.

Two days before authorities found Petito’s body, Laundrie’s parents reported him missing and claimed that he told them he was going hiking at a nature preserve. Police have thus far found no evidence of Laundrie at the preserve.

Chris Laundrie and his wife, Roberta, Brian’s mother, have mostly stayed inside the house as protesters and journalists watch from the street for any developments in the case.

Brian Laundrie is a person of interest in Petito’s death. An arrest warrant has also been issued against him for alleged fraudulent use of a bank card.