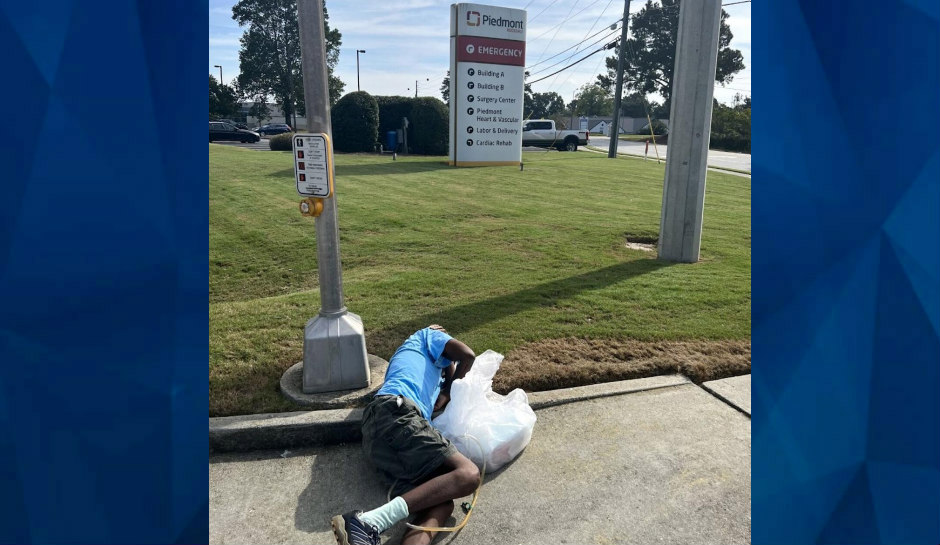 Deputy Chief of Police Scott Freeman with the Conyers Police Department in Georgia says a local hospital is “inhumane” after he found a man in clear need of medical help report4edly tossed out on the street.

According to CBS 46, Freeman said a 68-year male at the Piedmont Rockdale Hospital was discharged after his Medicare insurance wouldn’t provide additional payment to treat him. Freeman was called by the hospital to “stand-by while they escorted a man out of the hospital,” although that is not part of his duties.

“It was obvious to me, and I have seen a lot of people who are sick, who need medical attention. He needed to be in a hospital not on the sidewalk in front of a hospital,” Freeman said. “They told me at the time he was running a fever, they believe sepsis, urinary tract infection was present, and tachycardia was also there, and so he needed to be in the emergency room.”

Freeman added that there were no reports of the patient being belligerent or violent while at the hospital.

"One of the worst things I’ve seen in my entire career being perpetrated by what is a so-called hospital here in our community.” A deputy police chief is calling out Piedmont Rockdale hospital for inhumane behavior to a patient who was left on the street, according to him. @CBS46 pic.twitter.com/jpzBPUr5t9

WSB-TV reports that the patient still had tubes in his body when the hospital made him leave.

“Common sense dictates that you do not treat human beings the way that we’re seeing in this particular case,” Freeman said.

The man was ultimately taken to the emergency room of the hospital, which cannot legally turn him away. Peterson, however, said this was an ongoing issue with the hospital.

In August, Peterson filed a complaint with the Department of Community Health. He plans to file another complaint in connection with the latest incident.

“I think that someone who is a regulatory body needs to take a look inside and see what’s going on inside this hospital, before someone is put out on to the sidewalk, and the police aren’t there to save them.”

“At Piedmont, our purpose is to make a positive difference in every life we touch. We can only provide the best care with the cooperation and consent of the patient. We do our best to connect patients in need with community partners and social service organizations to provide appropriate after-hospital care, but ultimately accepting these services is at the discretion of the patient.”