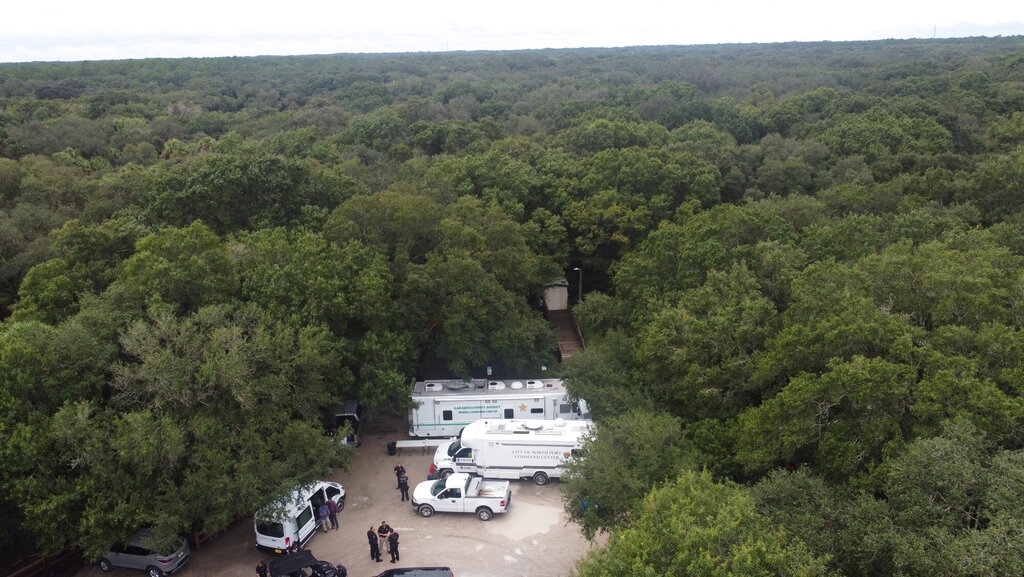 The partial remains found in the area where investigators have been searching for Brian Laundrie are reportedly skeletal.

As previously reported, authorities in Florida announced on Wednesday that remains had been found in the Carlton Reserve, where investigators had been searching for the fugitive since his mid-September disappearance. A backpack and a notebook belonging to Laundrie were reportedly found near the remains, in an area that had until shortly before the discovery been underwater.

We have learned the remains found in the Carlton Reserve were "skeletal remains."
"Bones."

The reporter also said that a medical examiner said it could take multiple days before the remains were positively identified.

As previously reported, the Laundrie family attorney said he believes it is likely the remains are Brian Laundrie’s. The fugitive, who is facing a felony warrant charging him with unauthorized use of another person’s financial accounts, has not been seen since September 13, when he reportedly told his parents he was going for a hike in the Carlton Reserve and did not return.