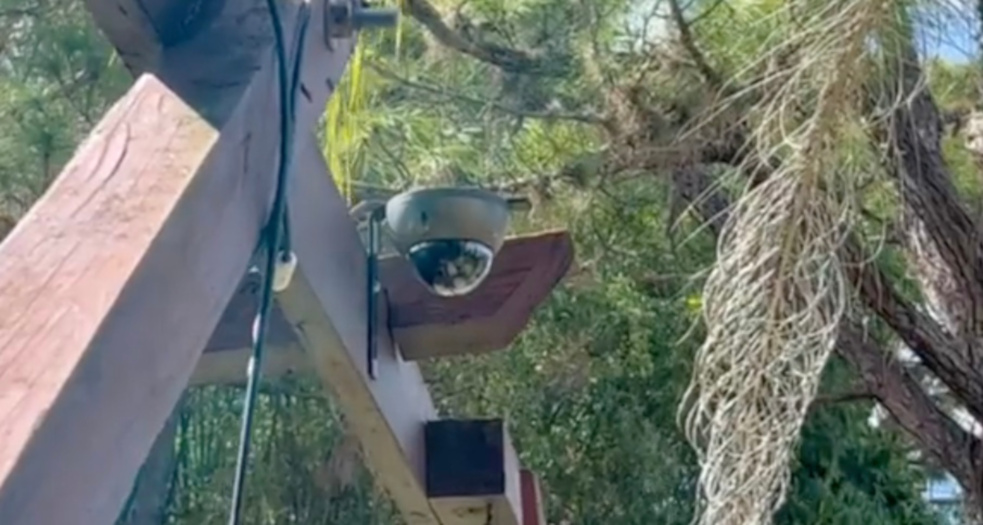 North Port police installed hidden cameras around the home of Brian Laundrie and his parents — before and after the 23-year-old went for a hike and never returned.

Laundrie’s decomposed body was found this week in the Carlton Reserve, where his parents said he left to go hiking two days after his girlfriend, Gabby Petito, was officially reported missing, as CrimeOnline previously reported.

But Petito’s parents had been desperately seeking information about their daughter for two weeks, since the last time they’d heard from her while she was on a cross-country road trip with Laundrie. Her strangled body was found at a remote campsite in Wyoming on September 19.

North Port Police today talked to me today about the cameras. They say there are other cameras that went up sooner — before Brian disappeared.

News Nation reporter Brian Entin said this week that he had known about the hidden cameras for some time, after police saw him through one of them in a neighbor’s back yard and called the neighbor to have them get him out. That camera went up after Laundrie was reported missing, Entin said.

But, he added, North Port police told him “there are other cameras that went up sooner — before Brian disappeared.”

Here is our interview with North Port Police today.
They say it was a coincidence the Laundrie parents found the personal items in the reserve.
Brian was not followed to the reserve. “We missed him going out there.”
And they believe a cause of death will eventually be determined. pic.twitter.com/cpsmgoefgK

Apparently, though, the cameras didn’t help police keep track of Laundrie, who slipped away to go hiking — according to his parents — on September 13, and never returned.