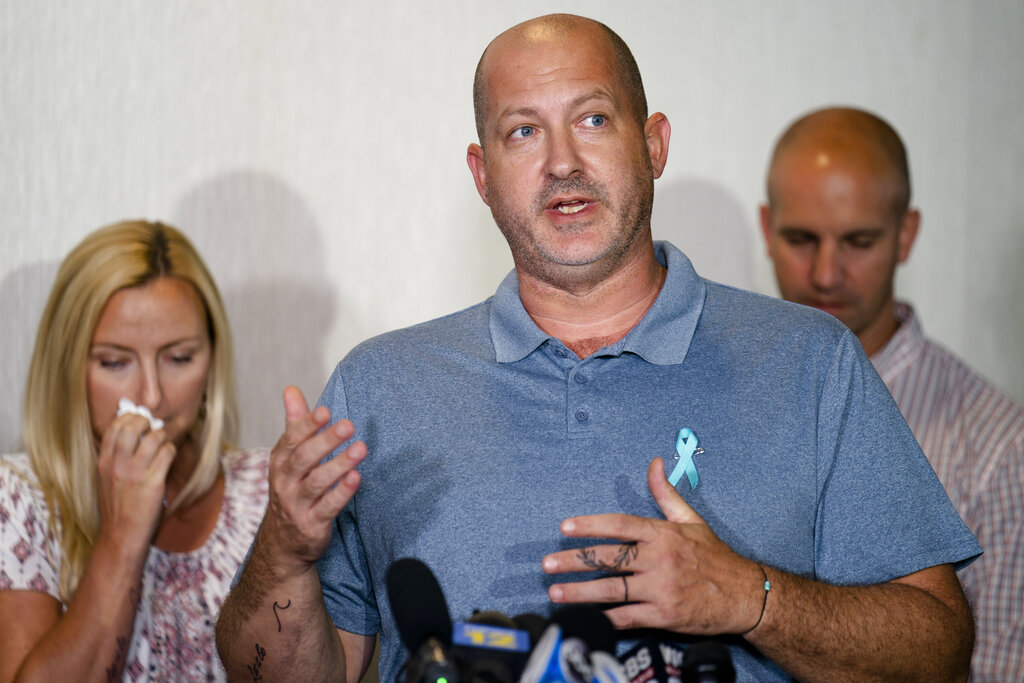 Grieving dad Joe Petito says he’s not worried about Brian Laundrie’s recovered notebook and what it might contain about his daughter, Gabby Petito.

According to TMZ, Petito said it doesn’t matter what Laundrie may have written in his notebook, as nothing will bring his 22-year-old daughter back. Instead, he wants the tragedy to help others that are in domestic violence situations.

Petito added that he would only want to know what Laundrie wrote in the notebook for his own “selfish gratification.” He also said the notebook likely wouldn’t do anything for Laundrie’s parents either, since they’ve lost their son.

As CrimeOnline previously reported, Special Agent in Charge of FBI Tampa Bureau Michael McPherson confirmed that partial human remains of Laundrie were found in Sarasota County, alongside a notebook and a backpack that belonged to Laundrie.

Laundrie was wanted on a felony warrant following the death of his girlfriend, Gabby. The pair embarked on a cross-country trip in July, but by September 1, Laundrie returned to his parents’ North Port, Florida, home with Gabby’s van, but without Gabby.

Last week, the FBI announced that Laundrie’s remains were found in the Myakkahatchee Creek Environmental Park in Florida.

Laundrie’s parents told authorities that Laundrie fled to the Carlton Reserve while highly upset on September 13, even though his father begged him to stay at home. Chris Laundrie told his attorney that Brian Laundrie claimed he wanted to get some fresh air and take a hike at the reserve.

Laundrie’s parents stumbled upon some of his belongings, while authorities found his remains nearby.

[Featured Photo: Joseph Petito, father of Gabby Petito, whose death on a cross-country trip has sparked a manhunt for her boyfriend Brian Laundrie, speaks during a news conference, Tuesday, Sept. 28, 2021, in Bohemia, N.Y. (AP Photo/John Minchillo)]