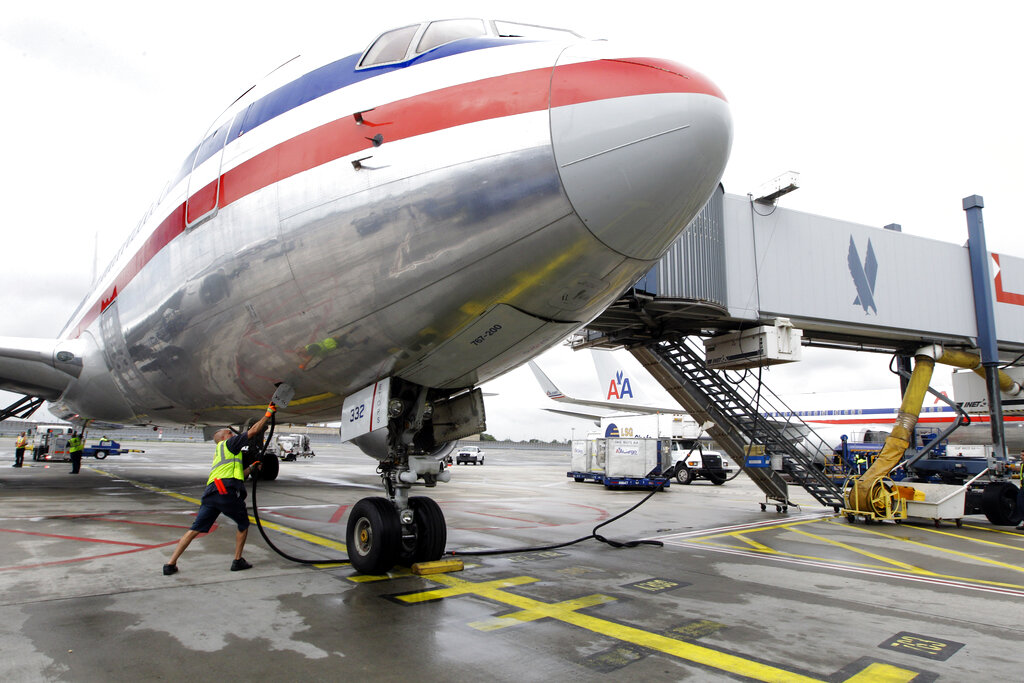 A flight from New York City’s JFK airport to Santa Ana, California, was diverted to Denver after a passenger attacked a flight attendant.

As the New York Post reports, American Airlines flight 976 was headed to Santa Ana when a passenger on the flight became violent with a female flight attendant, punching her in the face and breaking her nose. The plane then rerouted to Denver so the passenger could be removed from the plane and the flight attendant could receive medical help.

The suspect, who has not been identified, was reportedly arrested in Denver. A person believed to be a passenger on the flight tweeted a photo of the suspect.

@NBCNews @MSNBC @FoxNews @CNN flight from JFKtoSNA had to make an emergency landing in Denver after this man punched a female flight attendant breaking her nose, sending her to the hospital. A direct flight now delayed an hour waiting for another crew member bc of his selfishness pic.twitter.com/8wBFGm0NiQ

It is unclear where the flight attendant was treated, or if she has been released.

“The individual involved in this incident will never be allowed to travel with American Airlines in the future, but we will not be satisfied until he has been prosecuted to the full extent of the law,” the airline said in a statement provided to the New York Post.

“Our thoughts are with our injured flight attendant and ensuring that she and her fellow crew members have the support they need at this time.”