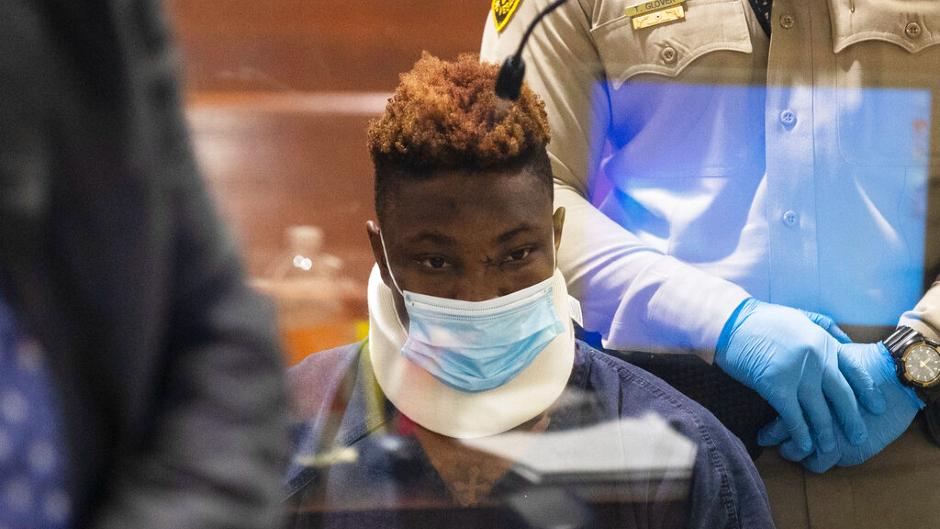 The Las Vegas Review-Journal obtained a police report which stated that Ruggs, 22, slowed his 2020 Chevrolet Corvette to 127 miles per hour when moving into the right northbound lane of Rainbow Boulevard – where he struck Tina Tintor, 23. Tinor and her dog died after becoming trapped in her 2013 Rav4, which burst into flames upon collision.

Multiple reports indicate that Tinor’s vehicle traveled 570 feet upon impact, while Ruggs’ Corvette went 520 before stopping at a wall separating Rainbow Boulevard from a residential neighborhood.

Tinor and her dog died at the scene. Ruggs and his girlfriend, who was also in his car, were hospitalized for serious injuries that were not life-threatening, according to ESPN.

After police arrived at the scene, Riggs allegedly refused to take a field sobriety test. However, prosecutors said two blood tests that were conducted at the hospital confirmed his blood alcohol content was twice the legal limit, the Review-Journal reported.

Ruggs is facing charges of driving under the influence of alcohol resulting in death and reckless driving, court records show. His bail was set at $150,000.

On Tuesday, the Las Vegas Raiders announced that Ruggs has been released, making him a free agent.