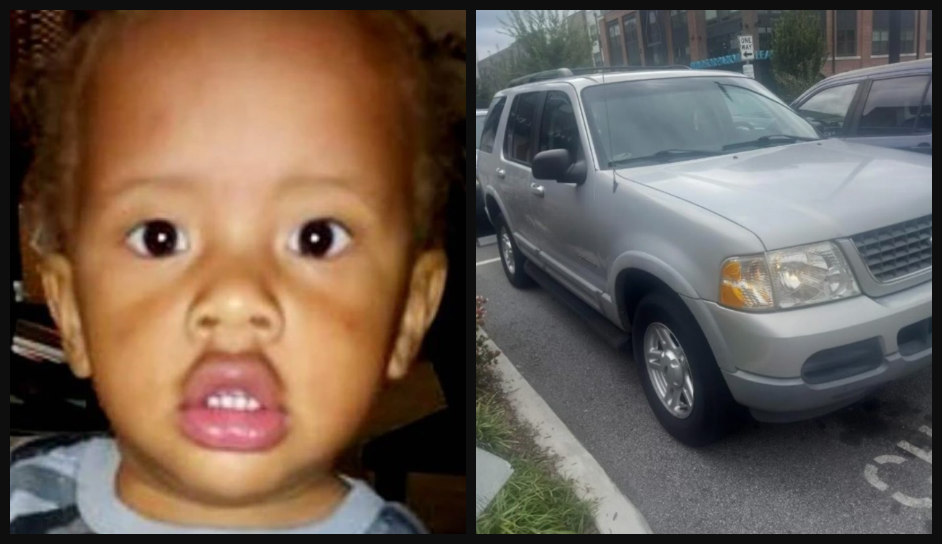 The search continues for a missing Georgia boy reportedly abducted Wednesday morning from his Clarkston home.

As CrimeOnline previously reported, toddler Blaise Barnett was in his car seat in a gray 2002 Ford Explorer when someone stole the vehicle from his home at the Parc 1000 apartments off of Montreal Drive. He was last seen wearing a diaper and black shirt with blue dinosaurs on it. He also had a grey blanket wrapped around him.

During a Wednesday afternoon news conference, Clarkston police officials confirmed that the stolen SUV had been located. According to AJC, a tipster found the Explorer at the Brannon Hills Condominiums, a vacant complex off of Memorial College Avenue. The toddler’s car seat was still inside the vehicle.

Blaise’s mother, Deonna Bray, said she went grocery shopping Wednesday morning with Blaise and his father, and their 3-year-old nephew. Blaise’s father brought the nephew and groceries inside the apartment first, while leaving Blaise inside the vehicle.

Along with Clarkston police, DeKalb County police, the GBI and the FBI are assisting in the search.