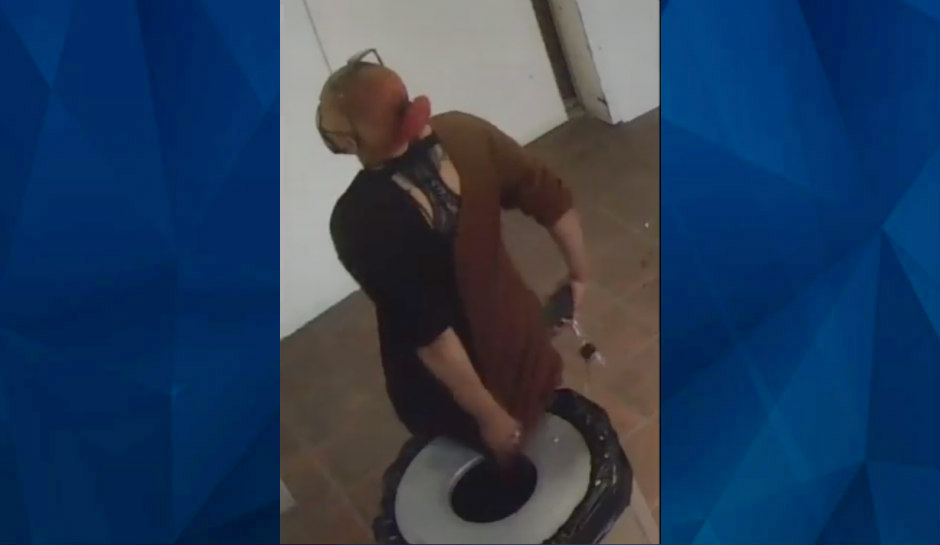 NOT SO SPECIAL-DELIVERY: DoorDash Driver Poops in Posh Brentwood Lobby

A California DoorDash driver was caught on camera using a trash can as a toilet last week, at an upscale Brentwood apartment building.

According to the co-host of the K-EARTH 101 morning show, Lisa Stanley, the incident happened in the lobby of the apartment building last Thursday morning. Security footage captured the DoorDash delivery driver defecating into a trash can after reportedly dropping food off to a customer.

Stanley is the manager at the apartment building but didn’t learn about the incident until a tenant reported it, CBS Los Angeles reports.

“I checked that video and I literally threw up I was so sick,” she said. “…There is no scenario in the world for what I saw to happen. This is a health problem here because then you can be sure she was going to deliver other meals.”

Yep this happened in my building! @DoorDash driver used my lobby as a toilet and now @DoorDash doesn’t want to pay for clean up! And she went on to deliver and touch food! Vile! @KTLAMorningNews #doordash #horrorstory #healthhazard #driver #DeliveryDriver pic.twitter.com/I3aOAHHsly

DoorDash offered Stanley a discount on her next order after she submitted the complaint. The company also refunded her money from the order and informed her that the driver was no longer delivering for DoorDash.

“The trust and safety of our community is extremely important and what’s shown in this video is absolutely unacceptable and disturbing. We’re deactivating this Dasher and are actively working to be in touch with building staff so we can reimburse for the cleaning costs. We will also cooperate with law enforcement on any investigation,” DoorDash said in a statement.

“Had she asked I might of let her use my bathroom!” Stanley said.

So far, the victim’s identity is unclear. Check back for updates.