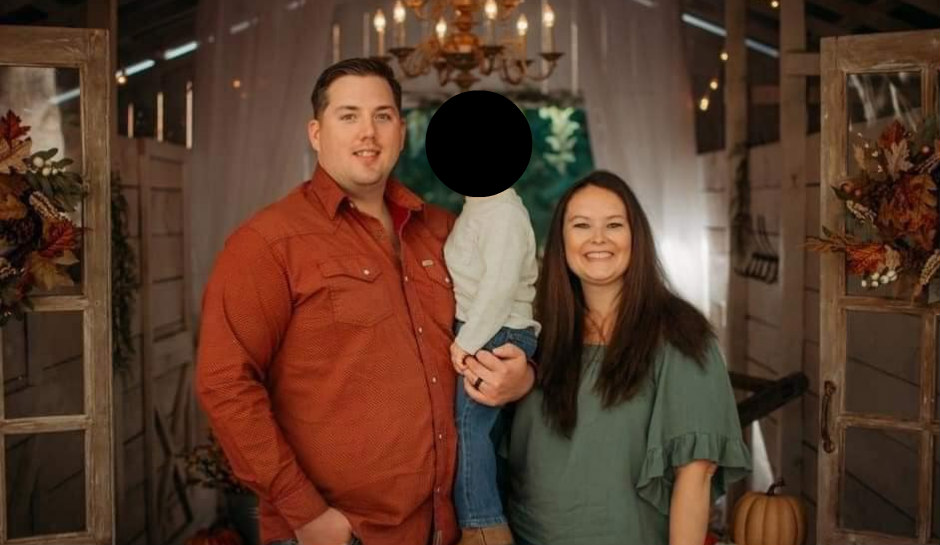 A Georgia man suspected of killing a couple in their Acworth home has been arrested, but he didn’t go down without a fight, according to police.

Police arrested Matthew Lanz, 22, after he allegedly broke into another home in Sandy Springs on Friday. When an officer responded to the scene, Lanz allegedly stabbed the officer several times in the neck and back before another officer shot him.

According to Channel 2 Action News, Lanz was taken to the hospital for his injuries but is now in custody.

As CrimeOnline previously reported, Timothy Justin Hicks and Amber Hicks, both 31, were killed inside their Acworth home off of Verbena Drive overnight Wednesday. Cobb police spokesman Sgt. Wayne Delk said during a press conference that authorities found their bodies at around 9:30 a.m. on Thursday morning.

Friends said that Justin Hicks was a Cherokee County firefighter and had just become a homeowner when tragedy struck.

According to police, a man named Austin Lanz, 27, lived at a home off of Delphinium Boulevard in Acworth, which neighbors the Hicks’ residence with a shared backyard fence. Austin Lanz was arrested in April for breaking into the Verbena home, but at the time, the previous homeowners still lived there.

Suspect killed in stabbing/shooting near Pentagon Tuesday that killed police officer in D.C. is 27 year old Austin Lanz of Acworth. He was arrested at his home in April for breaking into neighbor’s home then charged with assaulting two Cobb deputies trying to book him into jail pic.twitter.com/XLqdBpBsm3

Austin Lanz allegedly assaulted numerous deputies when they arrested him. The suspect was also accused of sending threatening letters and harassing the previous neighbors.

Austin Lanz posted bond in May and was released from jail. In August, he was shot and killed after attacking a Pentagon officer in D.C., killing him.

The previous homeowners reportedly said that Austin Lanz had broken into their home in the middle of the night by using a crowbar.

“I wish there was a better way to address those mental health issues that people have,” the previous homeowner, Phillip Brent, told the AP. “It feels like it was just a clear failure of our system to help someone out who needed that help.”

Although police have yet to confirm, a neighbor in the Acworth neighborhood told Channel 2 Action News that Austin and Matthew were brothers.

Matthew Lanz is facing charges of murder, aggravated assault, home invasion, and possession of a firearm during the commission of a felony. He’s also facing numerous charges for the Sandy Springs incident.

The suspect remains behind bars at the Fulton County jail.

Anyone with information about the killings is asked to call Cobb police at 770-499-3945 or email cobbpolicecrimetips@cobbcounty.org.