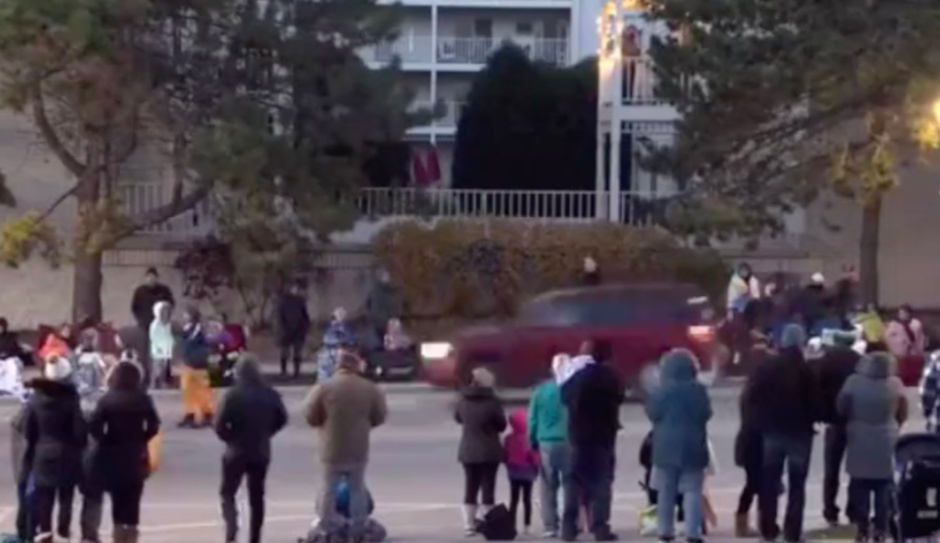 BREAKING: At Least 1 Dead When SUV Slams Into Holiday Parade

UPDATE 7:50pm: Waukesha police say they have recovered the vehicle involved in the incident. Officials have said at least one person is dead, TMJ4 reported.

More than 20 people are injured after a vehicle drove into the annual Christmas Parade in Waukesha, Wisconsin, Sunday evening.

Waukesha Police Chief Dan Thompson said investigators had a person of interest they were looking at, but provided no further information.

Witnesses told the Milwaukee Journal Sentinel they saw several people on the ground after the crash, which took place at just before 5 p.m.

You can see a red SUV speed right past these band members, hear screams and then a law enforcement officer running. @fox6now pic.twitter.com/8lO5oRuP1I

Waukesha police asked people to avoid the downtown area and set up a family reunification area near the Metro Transit Station at Bank Street.

The Journal Sentinel said video from witnesses and the city’s livestream showed a red SUV crashing through barriers and driving quickly into the roadway. The city’s footage, shot from a distance, shows the vehicle driving into the parade behind a school marching band.

“I am in shock,” said Alderman Don Paul Browne. “This parade draws people from all over, even Jefferson County. I am numb. It is pretty upsetting.”

Angelito Tenorio, a West Allis alderman who is running for Wisconsin state treasurer, said he had just finished walking in the parade and was heading back to Main Street.

TRIGGER WARNING: 🚨DISTURBING VIDEO🚨A viewer sent in horrifying video the moment a red SUV plowed through a crowd during the #Waukesha Holiday Parade. Its currently unclear how many people have been injured. Updates to come on @tmj4 pic.twitter.com/u6q10VgTJ1

“As we were walking back in between the buildings that we saw an SUV crossover, just put the pedal to the metal and just zooming full speed along the parade route. And then we heard a loud bang, and just deafening cries and screams from people who are who are struck by the vehicle,” Tenorio said. “And then, and then we saw people running away or stopping crying, and there, there are people on the ground who looked like they’d been hit by the vehicle.”

“It just all happened so fast,” he said.

Some witnesses reported gunshots, but police have not confirmed that information.

This is a breaking news story. Please check back for updates.