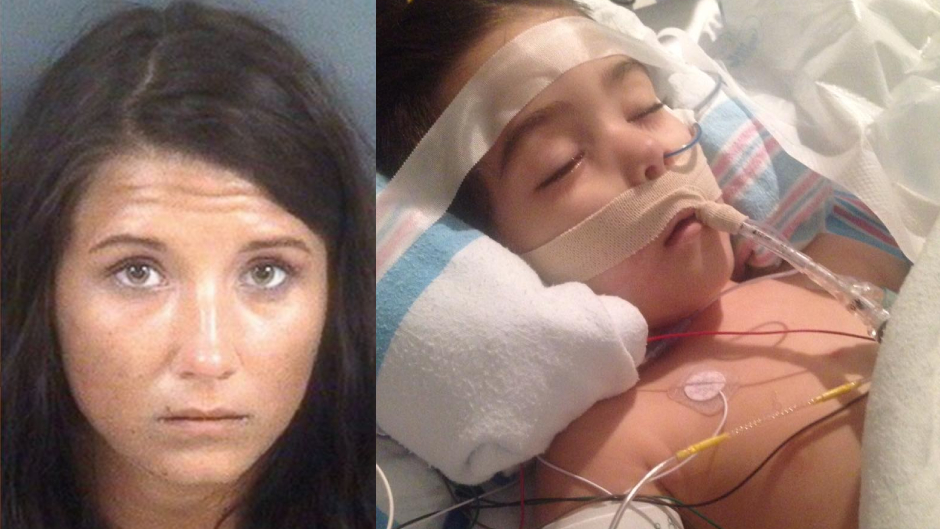 A North Carolina woman was released from jail last Monday, despite a current murder charge in the death of her toddler daughter.

According to The Fayetteville Observer, Jeanie Ditty, 29, is currently free on an unsecured $25,000 bond. Ditty was accused of killing her daughter, 2-year-old Macy Ditty in December 2015. The mother called 911 to report the toddler was vomiting, struggling to breathe, and slipping in and out of consciousness.

The child was taken to Cape Fear Valley Medical Center, where doctors reportedly determined that Macy Ditty had severe brain damage in addition to bruising all over her body. They also concluded that her fatal brain injury was caused by being hit in the head.

On December 4, 2015, two days after her mother’s 911 call, Macy Ditty was taken off life support. As the Fayetteville Observer report, she remained on life support for two days after the decision was made, so that her father, a soldier, could return from overseas to see her before she died.

The suspicious nature of Macy Ditty’s injuries resulted in Jeanie Ditty and her fiancé, Zachary Earl Keefer, being criminally charged in March 2016. Prosecutors alleged that the mother beat her toddler daughter, resulting in the injuries that led to her death.

Jeanie Ditty, who wanted the haunting photos of herself with her dead daughter, was charged with her murder. pic.twitter.com/h9T7WnJw9q

The charges against Keefer were dropped in November 2019 after medical evidence proved he could not have inflicted the injuries due to the timeframe in which they were inflicted.

Jeanie Ditty was charged with first-degree murder and felony child abuse. Her March 2020 trial ended in a mistrial — with 10 jurors finding her guilty and two unconvinced that the state proved their case.

Despite this, Jeanie Ditty still faces the same charges for her daughter’s death.

On November 17 of this year, defense attorney Meleaha Kimrey filed a motion requesting to enforce a plea deal offered to Jeanie Ditty before trial. Under the agreement, Jeanie Ditty would plead guilty to accessory after the fact of first-degree murder and receive a sentence of 3 years 8 months to 5 years 5 months in prison, according to The Observer.

The North Carolina Conference of District Attorneys is prosecuting the case due to potential conflicts of interest that led the Cumberland County District Attorney’s Office to recuse itself in 2018.

The state agency’s executive director, Kimberly Spahos, told The Observer that Jeanie Ditty is expected to enter a plea and be back in court early next year.