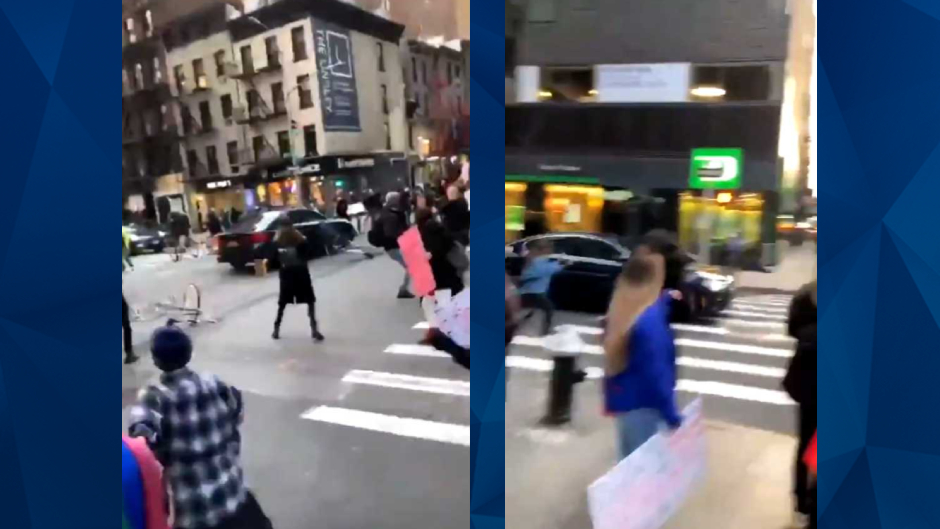 A New York woman who allegedly drove through a crowd of protestors last year rejected a plea deal on Wednesday that would have spared her from jail.

Kathleen Casillo’s attorney, Oliver Storch, told the New York Post that his client is facing a year in jail if she does not accept prosecutors’ deal which entails her pleading guilty to reckless assault and reckless endangerment. Under that agreement, Casillo, 52, would receive six days of community service and a one-year suspension of her driver license, according to the New York Post.

On December 11, 2020, Casillo allegedly drove through a crowd of demonstrators who were protesting Immigration and Customs Enforcement (ICE) in Manhattan. Nine people were injured, and one of the protestors, Tabitha Howell, told amNY that the incident left her with five bulging discs and a traumatic brain injury.

Today at a protest in solidarity with ICE detainees on hunger strike in Bergen County Jail, a car drove through a crowd of protestors injuring at least 7 people, one severely. The driver has been arrested, but so have ~20 protestors. Why? pic.twitter.com/01ooXhIjn4

Protestors gathered outside of Manhattan Criminal Court for Casillo’s first appearance to express dissatisfaction in what they believe is Casillo receiving preferential treatment. Speakers accused Assistant District Attorney Andrew Mercer of never contacting seven of the nine victims and essentially giving Casillo the benefit of the doubt, according to amNY.

However, Storch told the Post that the unruly crowd put his client and her daughter in danger as they smashed her car’s windows.

“This was an angry mob that descended upon this mother and her daughter, and she panicked,” he told the news outlet.

Meanwhile, Mercer denied some of the victims’ recent allegations, telling amNY in a statement, “Our office has attempted to speak with every victim in this case.”

Casillo is due back in court on January 18.