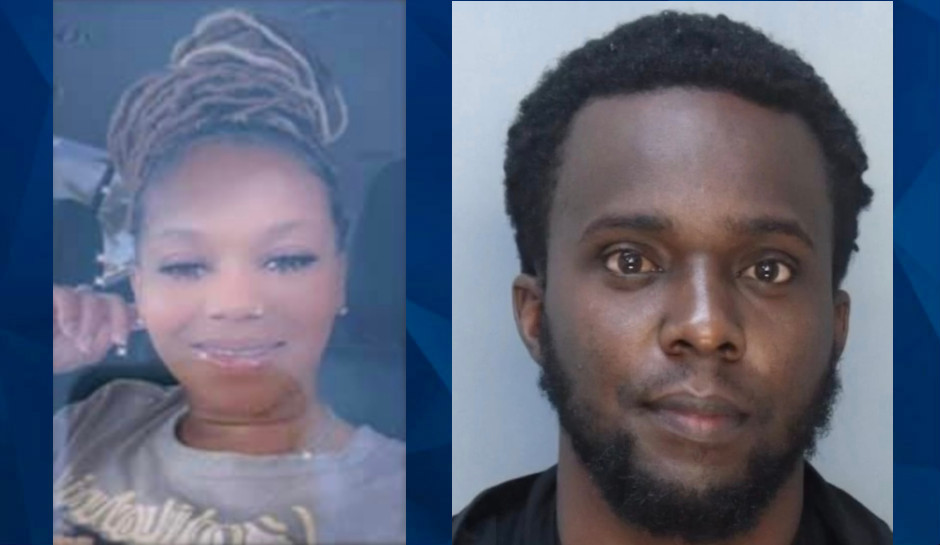 A Florida man has been arrested and charged with the kidnapping and murder of his pregnant girlfriend.

The abduction of Andreae Lloyd, 27, was captured on surveillance video early Tuesday morning. Lloyd was at her job as a caretaker at a south Miami-Dade group home when a man knocked at the door just after midnight.

“This male proceeded to batter her and eventually during the altercation pushed her inside a vehicle and drove off in an unknown direction,” said Miami-Dade Police Detective Chris Thomas.

It’s been two days since Andreae Lloyd was suddenly abducted. We have charged the person responsible for her abduction & murder. Family, friends & our community are hurting since her tragic disappearance. We are committed to Andreae & her family as the investigation continues. https://t.co/SqVvXLfDSK

Alfreda Lyons, Lloyd’s godmother, told WFOR that Lloyd has two young sons and was a few weeks pregnant with her third child.

Family members said on Tuesday they “had a hunch” who kidnapped Lloyd but that police asked them to keep quiet for now. Then, on Wednesday, investigators announced they’d arrested Lloyd’s boyfriend, 32-year-old Xavier Johnson, and charged him with first degree murder, kidnapping, and burglary with assault.

Manuel Lloyd, Andreae’s uncle, said his nephew spotted Johnson in a wooded area near the Homestead Miami Speedway on Wednesday and called police. Investigators came into the area with ATVs, aviation, and K-9s, and one of the dogs alerted.

A law enforcement source told the station that detectives found a large metal box, of a type used to haul tools or other items in the back of a pickup truck, and inside the remains of a woman. Nearby, they found Johnson’s pickup truck and detained him. The identity of the remains has not yet been confirmed but are believed to be Lloyd’s.

It’s not clear if Lloyd’s Honda Civic was found or if police are looking for any other suspects.

“It had to take two people,” Lloyd’s father, Arnold Lloyd, told WSVN. “Somebody to take one person there and drop them off because they took her car with her.”